How the Israel Lobby Took Control of U.S. Foreign Policy and Public Opinion

Jeff Gates is an attorney, acclaimed author, and former counsel to the U.S. Senate Committee on Finance. Our guest has also served as an adviser to some 35 foreign governments. Jeff joins us to talk about his third book, Guilt By Association -- How Deception and Self-Deceit Took America to War. He begins by explaining his personal awakening to the endorsed, systemic criminality going on in the background of politics. Jeff illustrates the US’s long-term relationship with the Israeli Zionist enclave that was recognized in 1948 during Truman’s presidency – a group responsible for expanding organized crime to a global scale behind the façade of a sovereign state. He’ll give details of how this core allegiance of parasites have successfully victimized America and waged an unconventional war against the American public through domination of the “in-between domains” of media, pop culture, politics, think tanks and education. Jeff discusses the ideas of an embedded consensus, the simple math of campaign contributions, assets, and groomed politicians. We’ll consider how the US came to stand shoulder to shoulder with Israel and the role of the Israeli Lobby to take control of Congress. Then, we’ll look at Hollywood’s role in advancing the narrative, extremism in faith communities, and the challenges of a society and government that operates by a consensus. Later, Jeff talks about the war with Iran that has been ongoing since 1979, and the manipulation of intelligence that could lead America into another war. We’ll end by examining strategies that can be used to combat and bring attention to the Zionist storylines aggregated in our minds through master mythmaking and sophisticated storytelling.

Guilt by Association: How Deception and Self-Deceit Took America to War
The Israel Lobby and U.S. Foreign Policy 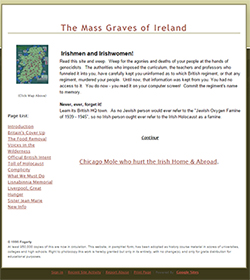