The President Makers: How Billionaires Control US and Foreign Policy

Don Fotheringham is a WWII Marine Corp Veteran who fought in the Pacific following Pearl Harbor and was awarded the Bronze Star for heroic action at Iwo Jima. After discovering that the policy makers leading America’s war effort had concealed their internationalist aims from the public, he embarked on a lifelong study of America’s foundations and the forces seeking to subvert them. Fotheringham is the author of The President Makers: How Billionaires Control US and Foreign Policy and he lectures widely for Freedom First Society and serves on its Board of Directors.

In this discussion, Don details his discoveries of the deceitful agenda being played out by the elite members of the Council on Foreign Relations and their ultimate goal of overthrowing the national sovereignty of the USA. He asserts that the scheme began to take shape over 125 years ago, when the nation’s most prominent industrialists – John D. Rockefeller, J.P. Morgan, and Andrew Carnegie – took possession of the major newspapers and began cultivating a public attitude receptive to globalism and socialism. Don highlights how Carnegie managed to cheat the free enterprise system to build up his steel empire in the railroad business, how Rockefeller swindled his way to the top of the oil industry to become America’s first billionaire, and how Morgan amassed tremendous wealth by manipulating stock markets and financing governments. We learn how the three richest men in the world converged and took a page out of the Rothschild playbook of buying off war mongering politicians and getting governments in debt. Don explains how the Federal Reserve came to fruition in 1917 after Morgan’s newspapers hyped up the phony Bank Panic of 1907. Then, how the Bolshevik Revolution was financed by Morgan and Rockefeller under the direction of President Wilson is illuminated.

In the members’ hour, we focus on the largescale media takeover, prompted by the negative press Rockefeller and crew was receiving for shady swindling, which placed these tycoons in a powerful position to radically control America’s narrative and flow of information. Don delineates how this grip has burgeoned into the six mega-conglomerates – Disney, TimeWarner, CBS, General Electric, Viacom and News, Inc. We look at the tremendous leverage these ties represent and how today’s media titans, including Rupert Murdoch, Sumner Redstone and Brian Roberts, are in collusion with CFR plans for world domination. A bit of a debate ensues as we discuss the special interests groups in cahoots at the helm of this control, and we come up with some differing opinions about the impact that AIPAC has on US involvement in the perpetual state of Middle East war. We also touch on the creation and funding of ISIS and how Israel and the CFR play into the nefarious conspiracy. Later, we look at the tremendous war Trump has been fighting with the media and how disingenuous reporting is effectively exposing the establishment’s dirty tricks. Don rounds off the conversation with insights on dismantling the current corrupt government and he explains how Freedom First Society is working to restore the USA’s basic constitutional principles.

The Rolling Stones - Sympathy For The Devil 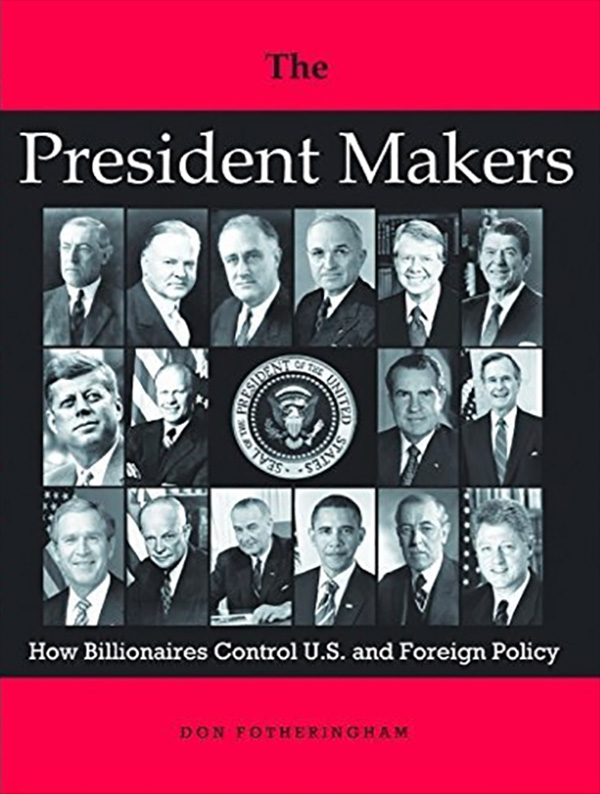