Inception of Remote Viewing & The Reality of ESP

Feb 3, 2013
Russell Targ is a physicist, scientific researcher and author whose pioneering contributions to laser and laser communications has earned him two National Aeronautics and Space Administration awards. He holds a B.S. in Physics from Queens College and did graduate work in physics at Columbia University. Targ has published over a hundred scientific papers on lasers, plasma physics, and ESP research. In 1972 Targ cofounded and worked for the innovative CIA-sponsored Stanford Research Institute (SRI) where psychic abilities were tested for two decades. Targ retired as the senior staff scientist from Lockheed Martin Missiles and Space Co. in 1997. His latest book, The Reality of ESP: A Physicist's Proof of Psychic Abilities, comprehensively details the recently declassified data collected at SRI, as well as serving as a guide to allow everyone to tap into their own psychic potentials. He teaches remote viewing workshops worldwide, and has coauthored eight books on the topic of psychic abilities. In this program we cover the inception of the remote viewing program at SRI and the reality of extra sensory perception. Hal Puthoff and Ingo Swann were two talented remote viewers that Targ worked with in the early days. He also talks about Werner Von Braun at NASA and the CIA’s interest in the concept of psychic spies. In the second hour, Russell asks Henrik to describe an object he held in his hands during the first hour. Also, we discuss psychic defense, healing and hurting from a distance. Later, Targ talks about his interest in theosophy and describes how early scientific discoveries was made by utilizing remote viewing. (Note: This program was recorded one day before we heard about the passing of Ingo Swann.)

The Reality of ESP: A Physicist's Proof of Psychic Abilities 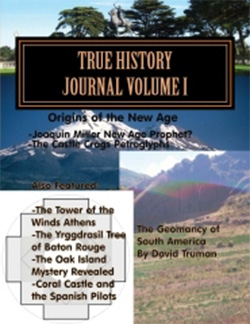