Jul 19, 2012
Courtney Brown is a mathematician and social scientist who teaches in the Department of Political Science atEmory University in Atlanta, Georgia. Independent of his work at the university, he is also the leading scholar on the subject of "remote viewing" as it is done using procedures that were developed by the United States military and used for espionage purposes, or procedures that are derivative of those methodologies. Dr. Brown is the Director and founder of The Farsight Institute, a nonprofit research and educational organization dedicated to the study of a phenomenon of nonlocal consciousness known as "remote viewing." His recently published book on the subject, Remote Viewing: The Science and Theory of Nonphysical Perception, is the only book of its kind where the science of remote viewing is developed with respect to highly structured data-collection methodologies. In this book he analyzes data and develops a new theory that explains the remote-viewing phenomenon as a consequence of superposition formation on the quantum level. He joins us to discuss remote viewing. He also shares data from remote viewing sessions in relation to 2012 and huge planetary change. We continue in the second hour discussing possible timelines for 2013. He speaks specifically of two possible scenarios and what will determine which one will be. Courtney shares more data from the Farsight Institute revealing a meteor impact event in one possible timeline. With the shutting down of manned space programs, underground digging, warnings of solar storms and the global debt crisis, does the government know something we don't? We talk about what will happen if these events do occur. Courtney explains what kind of events could impact other realities.

The Farsight Experiments
Remote Viewing: The Science and Theory of Nonphysical Perception 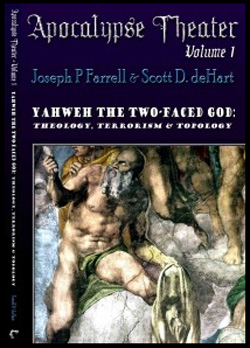