Invasion of Libya, Arab Spring, R2P & The Arc of Instability

Oct 20, 2011
Pepe Escobar, born in Brazil, is the roving correspondent for Hong Kong/Thailand-based Asia Times and analyst for Toronto/Washington-based The Real News. Since the mid-1980s he has lived and worked as a foreign correspondent in London, Paris, Milan, Los Angeles and Singapore/Bangkok. Since 9/11 he has extensively covered Pakistan, Afghanistan, Central Asia, China, Iran, Iraq and the wider Middle East. He authored three books and is associated with the Paris-based European Academy of Geopolitics. In the first hour, Pepe will talk about the neo-con agenda of “humanitarian imperialism” and the concept of RtoP, “The Responsibility to Protect.” We’ll discuss the NATO agenda and strategies in Libya. Then, Pepe talks about the Arab Spring, rebels and future guerilla wars. We’ll get into the specifics of why the west is so focused on Libya. In the second hour, we start talking about the French intellectual Bernard-Henri Lévy, who first made the decision to invade Libya. We move on to talk about the spoils of Libya and who is to gain from the invasion. We’ll discuss Libya’s resources and self-sufficiency. Is this the end of national sovereignty? Pepe also talks about resources in Africa and Central Asia and other possible uprisings and takeovers. He’ll discuss “The Arc of Instability,” a proposed, interconnected chain of politically unstable nation states in the Asia-Pacific region, which also happens to be the arc of energy as well. The term suggests that the members of the Arc are interconnected to the point that destabilization within one country can have major political, military and economic repercussions in neighboring countries. Then, we talk about the Iranian “terror plot” as a possible black ops project. Later, Pepe tells us how Islam radicals are being used to further other agendas.

The Vultures Moving in on Libya

No Business Like War Business: Who Stands to Profit from Intervention in Libya?

Nigel Farage: "Bombings, bailouts - what on earth are we doing?"

A new uncertainty in Libya operation: Who’s in charge?

Libya: Another War, Another Pack of Lies

Globalistan: How the Globalized World is Dissolving Into Liquid War

Red Zone Blues: a snapshot of Baghdad during the surge 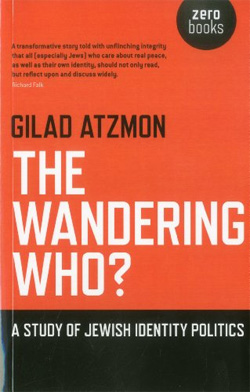