Dec 27, 2013
Amy Vickers was an archaeology student in Australia when she first learned about an unusual 900 year old skull known as the Starchild Skull. In 2004 she joined the Starchild Project, the team investigating the skull and coordinating independent research into this unusual specimen. She has helped to develop websites and videos for the project, worked to coordinate research on the skull, and is now the CEO of the project. Research into the skull has found everything from non-human DNA to alien fibers inside the bone. Lloyd Pye who spearheaded the Starchild Skull research recently passed. Lloyd Pye will always be known for his Intervention Theory that challenges Creationism, Intelligent Design, and Evolution, by offering a fact-based explanation of how life and humans came to be on Earth, often in the face of overwhelming evidence. We'll discuss Lloyd's legacy, which includes the "forbidden" subjects of hominoids and aliens. Amy also discusses the latest updates with the Starchild Skull as she is now leading the charge. Later, we talk about modern humans and the domestication of animals and the development of farming. Crops seem to have been genetically altered to work with the human digestive system. 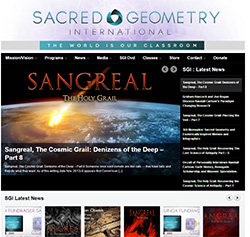