Lloyd Pye is an author and researcher widely known for his work with the Starchild Skull. Before writing alternative nonfiction, he was known for his best selling nonfiction book Everything You Know Is Wrong. In this interview, Lloyd shares his latest breakthrough research into the Starchild Skull. He'll begin talking about mitochondrial DNA and DNA classifications of various species known and unknown. At what point can he claim the Starchild Skull as alien? Then, Lloyd will talk about how he believes the Starchild Skull can be a smooth bridging mechanism into alien disclosure. He briefly discusses government involvement with aliens, the underworld of geneticists and the NIH database. Later, Lloyd opens up and shares his theory about how life began on Earth through “directed panspermia," not by evolution. He says all life everywhere has related DNA. We are ubiquitous beings that all have similar functions. He'll also discuss the scientific community, the disbelievers vs. the true cutting edge scientists. Lloyd will also talk about the positive side of post-disclosure and new technology. In the second hour Lloyd speaks a little more about disclosure and how it won't come easy. Lloyd says if we accept we're a part of something more, others will make contact. He says he believes there are both good and bad alien species in existence yet if they had evil intentions for us, we probably already would have known about it. After all, we're still here, which means the good-natured aliens are in charge. Then, he discusses investor opportunities with the Starchild Skull feature documentary films, which already have major distribution and a director in place. He speaks humorously about the challenge of getting funding for this project.

Lloyd Pye Update: We finally have a recovery of nuclear DNA from the Starchild skull

"Missing link" between humans and their apelike ancestors to be announced

Is the "Smoking Gun" of UFO/Alien Research in Hand?

Neanderthals speak out after 30,000 years

Deep DNA memory theories: Can we remember our ancestors? lives? 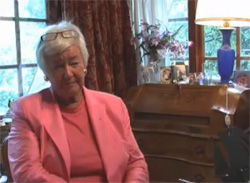