Lloyd Pye is an author and researcher widely known for his work with the Starchild Skull. In addition to writing and lecturing, Lloyd Pye is Director of the Starchild Project, a research organization that has been investigating the Starchild Skull since February of 1999. Lloyd initially thought the skull's unusual physical characteristics must be the result of some kind of deformity, but he soon learned no technically valid explanation for it existed. The most unusual features of the skull include bone that is half as thick and heavy as normal human bone but is significantly more durable; fibers and residue within the matrix of the bone; and an abundance of skull deformations that would be fatal in any normal human. The Starchild Skull is unique. Lloyd Pye returns to the program to discuss the latest developments, DNA research and his new e-book "Starchild Skull Essentials". He also talks about what it takes to get a full base pair genetic mapping of the skull. Where does this skull come from? Is this the first physical evidence for a human alien hybrid program? Topics Discussed: The Starchild Skull, an experiment gone wrong?, chromosomes, mitochondrial DNA, 3 billion base pairs to be mapped, human DNA, alien DNA, degraded DNA, foreign DNA, 454 life sciences, recovery of genome, Neanderthal genome, chimp, gorilla and Neanderthal DNA and similarity to human DNA, Hominoids, mapping the human genome, the crystal skull is thinner but stronger, age of the Starchild Skull, what are the implications of this discovery in terms of science and human origins? Join us for an exciting hour two with Lloyd Pye as we go deeper into what the Star Child Skull might be. We’ll also discuss the impacts this may have on genetic research and the potential medical benefits. Perhaps the military and pharmaceutical companies would be interested in having access to this DNA for a multitude of reasons. Lloyd talks about the resistance and censorship that he has faced both from the BBC and papers such as the Daily Mail in England. Then, we discuss the agenda of ET and the rumors about an ongoing alien/human hybrid program. Why is this happening? If so, the hybrids seem to have been taken off the planet. We also talk about the myths about the sexual relations between humans and Gods. Is this an analogy for genetic engineering from the past? Later, Lloyd talks about agreements between aliens and humans - "Technology in Exchange for Genetic Material". We also talk about human potential and dormant abilities locked in our DNA - which we can open up. Topics Discussed: Haplogroup C, a three parent offspring, not a child produced via sexual relations, genetic splicing, motives of the aliens, greys, an agreement between aliens and humans, stealing semen and eggs, technology in exchange for genetic material, Paula Von Allen, legends of “star beings", life didn't start on Earth, junk DNA, DNA undeveloped, savants, we were created dumb, genetic keys, stem cell research, super beings, genetic research, BBC never followed through on planned documentary, Matt Richards, Lloyd censored by the Daily Mail in England and much more.

Is the “Smoking Gun” of UFO/Alien Research in Hand?k 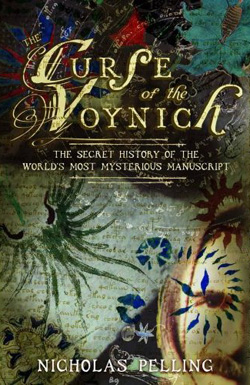