Lloyd Pye is a researcher and author known for his work with the Starchild Skull and Intervention Theory. Lloyd began writing in 1975, then became a screenwriter in Hollywood in the 1980s. In 1995, he found his passion writing nonfiction in Alternative Knowledge. He returns to Red Ice to talk about his latest e-book, Intervention Theory Essentials. Intervention Theory challenges Creationism, Intelligent Design, and Evolution, by offering plausible explanations for many of the conundrums left unanswered by those other theories. We’ll discuss how much of what mainstream science professes is not just wrong, but blatantly, willfully wrong. Lloyd begins with the true origins of the universe, including a discussion about the “Intragalactic Terraformers.” Also, we discuss prokaryotic bacteria, the creation of oxygen, stock species and the Cambrian explosion. He says life was brought to Earth on a schedule rather than to have developed here. In the exciting second hour, Lloyd begins with a discussion about Miocene apes. Lloyd Pye thinks some of the earliest Miocene apes, which appeared 23 million years ago, live on today as the hair-covered bipedal primates (bigfoot, yeti, etc.) he calls "hominoids." We’ll get into an interesting conversation about hominoids in hiding and Zana, a well-researched Russian hominoid who has left behind living hybrid descendants. Lloyd explains how hominoids and humans are inextricably linked together. Then, we talk about the Annunaki and evidence of DNA tampering. Lloyd points out that the Neanderthal DNA in us is what protects of from pathogens, more evidence that humans did not originate on this planet. Lloyd Pye strongly suggests that Intragalactic Terraformers are much more likely to be the actual source of life on Earth. We end the interview with an update on the Starchild Skull.

The Story of Zana

Lloyd Pye Update: We finally have a recovery of nuclear DNA from the Starchild skull

"Missing link" between humans and their apelike ancestors to be announced 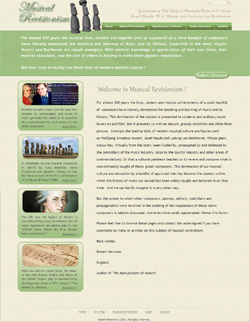