Mar 3, 2014
Brien Foerster is the author of more than 10 books and has appeared several times on the History Channel’s Ancient Aliens. He is also the assistant director of the Paracas History Museum in Paracas, south of Lima and runs Hidden Inca Tours, exploring ancient Peru and beyond. Lynn Marzulli is the author of Nephilim, The Unholy Deception, and The Revealing. He possesses an in-depth knowledge on the topic of UFO cults, and is a musician and composer who has recorded a number of albums. He received an honorary Doctorate degree from Pacific International University for his work on Nephilim. L.A. and Brien return to discuss the mysterious elongated Parakus skulls of Peru. We’ll hear about the skull sample test results and how the DNA mutations are unknown in any human, primate, or animal known so far. We are dealing with a new human-like creature, very distant from Homo sapiens, Neanderthals and Denisovans. Brien talks about what is known of the Paracus culture, while Lynn explains why he believes the skulls are remnants of the Nephilim. In the second hour, we’ll go deeper into the Parakus culture. Is it possible they fled to North America? L.A. and Brien also discuss interesting genetic remnants of other ancient peoples. They’ll talk about how information that challenges the mainstream record is silenced and covered up while the Darwinian model rules science. Later, Marzulli shares more information on the Nephilim. 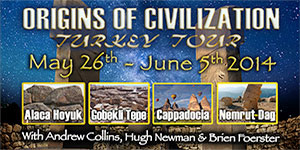 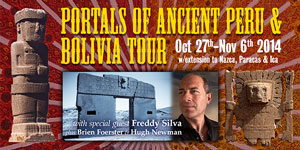 The Hobbit Extended - Down, Down, Down To Goblin Town 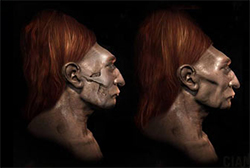