Mystery of the Ancient Elongated Skulls & The Inca Before The Conquest

Jul 31, 2011
David Hatcher Childress is the author of 15 books, including The Lost Cities Series. He has appeared in numerous documentaries about Atlantis, ancient mysteries and UFOs. David has been on expeditions around the world, beginning at the age of 19, in search for lost cities, ancient mysteries and clues of our origins. At 11 years of age Brien Foerster became fascinated with the Native art of the Haida native people and began carving totem poles, and other related art forms. He completed an Honours Bachelor Of Science degree, but decided to take up carving and sculpture full time. Peru became his next major area of interest. The study of the Inca culture led to his writing a book, A Brief History Of The Incas and he runs Hidden Inca Tours in Peru. David and Brien join us for an interview to talk about their co-authored book about the phenomenon of cranial elongation. The Inca may have been the last people in South America to exhibit this characteristic. Cranial elongation was global in scope, and seemed to occur over at least 2 time periods; the greater number were bound skulls of the priestly and regal class or classes, wanting their children to "look like the ancestors and have their intelligence and psychic power." The older ones, mainly in Peru, were the ancestors. In the second hour, Brien Foerster talks about his book, The Inca Before The Conquest, covering the birth and expansion of the Inca civilization up until the arrival of the Spanish. We'll talk about why the Spaniards left Europe and what they wanted in South America. Brien tells us about some of the legends about hidden Inca cities full of gold. Then, we talk about who built the most impressive temples and monuments in South America and the two civilizations that existed before the Incas. Brien talks about the phenomenal aspects of various temples in South America, the construction and technology. Next, we discuss the expansion of the Incan civilization and their knowledge of farming, laws and spirituality. Brien also mentions the Chachapoyas, a lighter skinned Andean people conquered by the Incas shortly before the arrival of the Spanish in Peru. We'll also talk more about the elongated skulls of the priestly and kingly classes. Later, we discuss what happened after the Spaniards took over, inherited culture, the Mayans and how Incas have been recorded into history.

Spanish conquest of the Inca Empire

Gate of the Sun

A Brief History of the Incas

Technology of the Gods: The Incredible Sciences of the Ancients

The Mystery of the Olmecs

Lost Cities of Africa and Arabia (The Lost City Series) 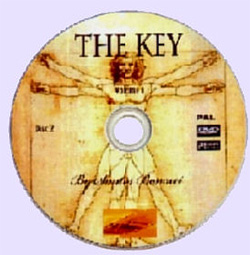