The Mystery of the Olmecs, Ancient Civilizations & Technology of the Gods

Sep 6, 2007
David Hatcher Childress is a real life Indiana Jones. He has written a series of books about his journeys and research into lost cities and ancient mysteries of Africa, Arabia, China, Central Asia, India, South America, Ancient Lemuria, Central America, Atlantis, Europe, as well as other locations. He is recognized as an expert not only on ancient civilizations and technology, but also on free energy, anti-gravity and UFOs. During the first hour of this program David Hatcher Childress discusses his book "Mystery of the Olmecs". The Olmecs were not acknowledged to have existed until an international archaeological meeting in Mexico City in 1942. Now they are slowly being recognized as the mother culture of Mesoamerica having developed metallurgy, writing and the calendar long before the Maya. During hour two, we focus on the "Technology of the Gods". David opens the door to the amazing world of ancient technology, from the computers of the ancient world to the "flying machines of the gods." We explore the technology that was allegedly used in Atlantis and also discuss ancient evidence of high-tech weapons, including atomic weapons.

The Lost Lands of Mu and Lemuria

Who Were The Earliest Americans?

Tropical Stonehenge May Have Been Found

Beyond 2012 - Catastrophe or Ecstasy

'Lunar Ark' Proposed in Case of Deadly Impact on Earth

Mystery of the Olmecs

Technology of the Gods 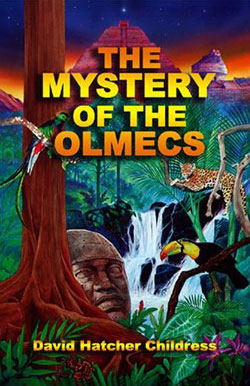