Jun 9, 2011
Mehran Keshe, originally from Iran, joins us from Belgium to discuss his development of plasma reactor technology and Iran's flying saucer. The technology Mehran has developed has multiple applications, such as space flight, anti-gravity, energy-generating and medical. He is the author of "The Universal Order of Creation of Matters" and "The Structure of the Light". He formed the "International Space Institute" with the assertion that commercial space flight will be made available to the general public in the near future. This includes a "Moon trip program", currently scheduled for 2016-2017 and eventually travels to Mars. Iran as the first government in the world has showed interest in Mehran's technology and we discuss the initiation and current status of Iran's flying saucer project. In 2005 Keshe filed two patents with the European Patent Office for a "Micro plasma reactor" and a "Gravitational and energy system". Mehran Keshe was born In Iran in 1958, he is the son to an X-ray engineer, he moved to Europe in the mid-seventies for further education in the field of nuclear physics. In 81 he graduated from Queen Mary College, University of London, as a nuclear engineer specialized in reactor technology system control. Since 2002 he has concentrated his effort to finish the full design of his technology for launch into the scientific world and industry. He also claims that at the end of 2005 and beginning of 2006 several static plasma reactors have been built. Since the beginning of 2006 several prototypes of dynamic reactors have been built, some specifically designed to create hovering effects. We'll proceed to discuss the plasma reactor technology and the energy generating device that will be made available next year. If Mehran's claims are true it will have massive impact on travel, space exploration, the global energy, medicine and more.

Source of the Gravity of the Earth discovered

The Structure of the Light

The Universal Order of Creation of Matters 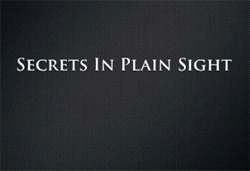