May 12, 2011
Ralph Ring is a Natural Scientist and a Creative Technician who in the late 1950's and early 1960's worked together with Otis T Carr, a protégé of the great inventor Nikola Tesla, and a team of dedicated scientists on and with alternative technologies, including levitation and teleportation. With the aid of his small team, Carr and Ralph built a number of flying disks which worked. They attempted to commercially manufacture their invention. Their experimentation was terminated by FBI agents. His dream since birth has and is to produce floating homes, cities and countries. In the first hour of this interview, Ralph Ring will discuss the spacecraft technology in the experimental vehicle he co-piloted in 1960, the OTC-X1. The OTC-X1 was powered by rotating electromagnets in conjunction with a number of small, ingenious capacitor-like devices called "Utrons". He'll share his story of building, flying, and trying to commercially manufacture this type of technology. Ralph will explain ether technology and magnetism. He'll also talk about our 3D brain and how belief and consciousness play an important role when operating this type of technology. Ralph's research assistant and best friend, Marsha Brown-Ring also joins in from time to time. She has been a witness to many events in Ralph's life. In the second hour we go deeper into the OTC X1 craft's inner workings. Ralph will talk about the technological specifics as well as the incorporation of sacred geometry, ley lines and consciousness to operate the craft. Why isn't this technology available for all today? Greed. Then, Ralph ventures into a more philosophical conversation in the realm of faith and our power to manifest. He'll also talk about a special house he built using his intuition and how the house spoke to him when an alignment was against the flow. Then, we get back onto the topic of UFOs. Ralph shares what he saw at Area 51. He'll discuss pure magnetism verses the magnetism the U.S. government is working with. Ralph talks about natural law and how it cannot be held back. Nature has no secrets and it is a matter of time before we all know. He says bad events are occurring at this time to wake people up to change. He sees more events coming this year. Later, he discusses his involvement with the Knights Templar, their philosophy and suppressed knowledge. He'll talk about the need for using intuition and returning to the basics and thinking locally. Ralph tells us what he is working on today. Marsha Brown also joins in during this hour. 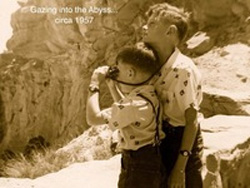