Jul 29, 2010
Kenneth Humphreys holds a Master's degree from the University of Essex in history and social sciences, a post-graduate pedagogic certificate from the University of Leicester, and a higher national certificate in business studies. He taught for many years both in the UK and abroad, the latter including periods in Turkey and Papua New Guinea, the former including a Senior Lecturership in Modern Languages. Religion, and in particular the claims of Christianity, have been a life-long interest. He is now fully occupied as a writer, radio broadcaster and public speaker, and campaigns energetically against the tide of resurgent superstition and unreason. The website Jesus Never Existed was launched in December 2001. It receives more than a million visitors per year and is currently being made available in nine languages. The book Jesus Never Existed was published in 2005. Kenneth joins us to discuss his work and research on the lack of historical references and historical records as proof for the existence of Jesus. He takes us through a chronological timeline of the ancient world. Then, talks about the rise of Judaism, the Jewish people, creation of Christianity and how the religion was created and exported and eventually adopted by the Roman Empire as the official state religion. Who were the propagandists involved in this process? Topics Discussed: Jesus, the Jewish story, King David, Judea, Galilee, the crucifixion, Roman Empire, Josephus, messiah, the Jewish - Roman war, Councils of Carthage, First Council of Nicaea, Bar Kokhba revolt, rival Christian movements, Orthodoxy, Messianic Judaism, Catholicism, persecution of the Christian, the arrest of Peter, the Bible, the Piso family, Vespasian, Caesar's messiah, Dan Brown, bloodline, Shroud of Turin and more. In this second hour with Kenneth Humphreys we discuss the Roman Catholic Church, the Christian crusades, Abrahamic religions, Islam, Christianity and Judaism. Then, Kenneth discusses the establishment of the state of Israel, Zionism and the rise of radical Islam. Kenneth also talks about the book, "The Invention of the Jewish People" by Shlomo Sand”. Next, he discusses the Knights Templar, the Sovereign Military Order of Malta and the Jesuits. Later, we talk about the symbolism of the church, the use of the crucifix, the conquest of America and much more. Topics Discussed: violent feedback, Dark Ages, Medieval times, Constantine, Library of Alexandria, persecution of Gnostic sects, the Cathars, the Mandeans, Islam, conquering Europe, State of Israel, Zionist Christians, Abrahamic religions, monotheism, Christianity and Judaism, rhe Crusades, The Knights Templar, Jesuits, Roman Catholic church, secret societies, the crucifix, conquest of America, Spain, Portugal, genocide, ignorance, Eucharist, holy communion and more.

Cultural and historical background of Jesus

Save the Gnostics - War on Mandeans

The Christ Conspiracy: The Greatest Story Ever Sold

The Dark Side of Christian History 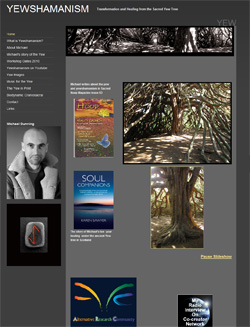