Kevin was born in 1956 in Anchorage, Alaska, to son third-generation Norwegian-American parents. He worked with William L. Pierce, Richard Cotten, and Revilo Oliver beginning in the early 1980s, producing hundreds of radio, audio and video programs, thousands of essays, and numerous articles, books, periodicals and anthologies. Kevin is the editor of National Vanguard magazine and has played an active role in both iterations of the National Alliance.

The show begins with Kevin telling us how he came to be involved with White Nationalism. We learn that he became disillusioned with multiculturalism and political correctness when he was 12-years-old. Henrik then asks Kevin to outline his worldview. Kevin tells us that everything in the universe is constantly evolving; as such, our goal is to ensure that our race evolves upwards, not downwards. He continues, explaining that there is a deliberate attempt to destroy our race, and that our traditional morals have been inverted to further this nefarious end. We also cover Jewish influence, which Kevin argues is the source of our current plight, and the role of Donald Trump in the ongoing struggle to preserve the West. The first hour concludes with discussion on the National Alliance and how the Federal government has attempted to derail White Nationalist organizations in the past.

The members’ hour begins with consideration of the uniqueness of the European race. We then discuss how anti-White propaganda and rhetoric fuels the Alt-Right. We discuss the ongoing, third world invasion of the West. Kevin predicts that this system won’t last, and as society continues to break down, more and more people will begin wondering what went wrong. We then consider whether or not we will be able to find salvation through the ballot. Kevin argues that we will not find any serious change through the political system, as White births are already the minority. In light of this, he believes that revolution or secession are the only options. The members’ hour also touches on the illusory benefits of multiculturalism and the importance of withdrawing from the system as much as possible.

Edvard Grieg - In the Hall of the Mountain King 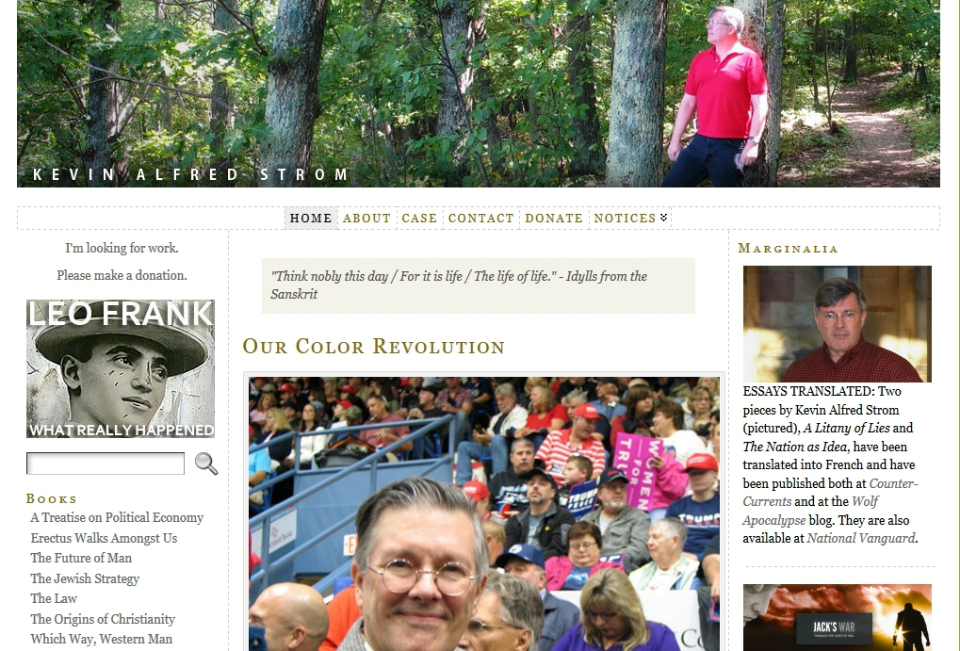