Sep 14, 2015
Dan Roodt is an Afrikaner author, publisher, and commentator who studied at the University of the Witwatersrand and the University of Paris VIII. He is the co-founder of the website and publishing company PRAAG (Pro-Afrikaans Action Group). Roodt is also the author of numerous books and publications, and his latest essay, “Raiders of the Lost Empire,” examines South Africa’s “new” post-apartheid English identity.

Dan joins us for a discussion about the immigrant invasion crisis in Europe and South Africa’s dismal state of extreme social unrest and violence. In the first hour, Dan describes the major issues plaguing the Afrikaner population of South Africa, where the current government’s hostility towards White Afrikaners has created a full-blown clash of civilizations. Dan details the so-called Africanization of South Africa being exhorted by the ANC, which seeks to eradicate the Afrikaans language and prevent Whites from mutual inclusion in the country they founded, funded and developed over the past 350 years. We discuss the mass migration out of Africa that is quickly altering the demographics of the Western world and bringing with it the economic weight of a 2 billion strong population severely lacking in productivity and capital. Then, we get into the left-wing cultural Marxist revolution that has stigmatized Western history as racist and White supremacist while elevating Africa as the cradle of civilization. We look at the lethal weakness of European altruism that is ultimately welcoming the takeover of its lands by foreign invaders while programming its own citizens to take blame for the faults of the world at large.

In the members’ section, we consider why only European Nations are being targeted to absorb the colossal outflow of migrants from the Middle East and Africa. Dan underscores the media’s role in shaping the cultural and moral framework of European peoples in a way that vilifies and undermines their legacy and best interests. Further, we look at the vindictive actions of South African journalists that perpetually cast a negative light on the Afrikaner population. Later, we get into the misgivings of technological advancement – the flip side being a sad decline in the ability and common sense of modern consumers. Dan talks about the reality of Afrocentrism imposed upon Whites in South Africa and mimicked in Hollywood. We end with ideas for creating a true counter culture of people who are interested in the preservation and survival of traditional European values. 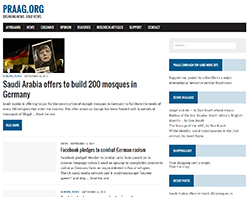