The Dispossession of Europeans & Pathological Altruism

Kevin MacDonald received his Ph.D. in Biobehavioral Sciences and is Professor of Psychology at California State University, Long Beach. MacDonald is the author of seven books on evolutionary psychology and child development and is the author or editor of over thirty academic articles. His research focuses on evolutionary psychology and on ethnicity and ethnic group conflict. He is the founder of The Occidental Observer, an online publication presenting original content touching on the themes of white identity, white interests, and the culture of the west. We'll cover how such a mission statement is sure to be dismissed as extremism of the worst sort in today's intellectual climate, even as a sign of psychiatric disorder. In the first hour, we discuss how multiculturalism asks us to behave as though ethnic conflict has never existed, yet it has been part of humanity's history for thousands of years. Yet, today only western countries are expected to become multicultural and open up their borders to massive non-white immigration. Kevin addresses the routine labeling of a "white supremacist" or "racist" as a means of muzzling white expression and interests. He'll talk about Jewish hostility of the West, those who want to see the demise of western culture and how it is being done. We'll hear how Europeans have been singled out and demonized as a "culture of slavery." In the second hour, we begin on the importance of a race to maintain a sense of culture and roots. Kevin then talks about pathological altruism to the point of self-abdication, unique to whites. We also discuss biological differences in races and how geology has made races evolve differently. Later, MacDonald points out the hypocrisy of those who are pro-multicultural. We'll speak more on The Frankfurt School and Jewish intellectuals, who have pushed their consensus to the west, although they do not base findings on empirical research. Later, we talk about Ukraine and the destruction of European nationalism. The hour ends on the need for Europeans to have a stronger sense of their own identity and interests without the imposed stigma.

Inception OST - Dream Within A Dream 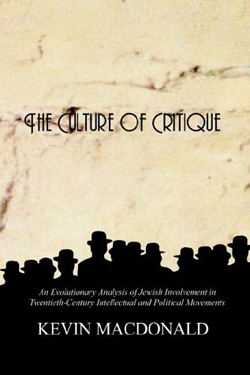