May 15, 2015
Kevin MacDonald received his Ph.D. in Biobehavioral Sciences and is a retired Professor of Psychology. MacDonald is the author of several books, academic articles and reviews on evolutionary psychology and child development. His research has focused on developing evolutionary perspectives on culture, developmental psychology and personality theory, the origins and maintenance of monogamous marriage in Western Europe, and ethnic group evolutionary strategies. He is the founder of The Occidental Observer, an online publication. In the first hour, Kevin outlines his recent work, which explores theories of a genetic basis for altruism and the lack of ethnic awareness or kinship oriented nepotism. He explains recent scientific studies that are finding there is perhaps a genetic or evolutionary reason for the kind of pathological altruism found in Northern Europe. Kevin distinguishes the three different common sets of genes found throughout the north and south of Europe and the Middle East: hunter-gatherer, farmer and Indo-European. The main cultural distinctions here have to do with tribes that are banded together based on reputation, morality, competency and honesty, and groups that have strong hierarchical and kinship based societies centered on a military elite. Then, we consider the Western revolution of egalitarianism as being the direct result of a sort of moral indictment of the west, or a fundamentally morally defective image based on the engrained narrative of corruption, enslavement, genocide and anti-Semitism, thus resulting in the promotion of extreme movements for immigration and diversity. In the members’ segment, we discuss the European tendency to sacrifice itself for the benefit of others regardless of its dispossession. Further, we take a look at the leftist establishment in the academic world in conjunction with the media that tirelessly promotes a world of equal people deserving to be propped up on the same pedestal, while in the same token depicting White identity as stupid, immoral, and basically inferior. We wrap things up with an assessment of the present-day Western working class' voting patterns and attitudes about war, immigration and family values.

Sabaton - Twilight Of The Thunder God 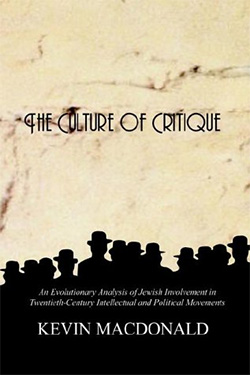