Kevin returns to Red Ice for a discussion on geopolitics, current affairs, and the current trajectory of Donald Trump’s presidency. We begin by discussing the recent events in Syria. Kevin tells us that he felt betrayed by Trump’s statements regarding the alleged gas attacking. Next, we take a look at the moral arguments used by the establishment to justify regime change. Kevin reminds us that these are merely justifications for an international agenda that is anything but humanitarian. We discuss the accusations that Assad ordered the use of chemical weapons, and ponder why he would do so – knowing it would anger the West – when he was already winning. The first hour covers much more, including infighting in the Trump administration and the use of photography in propaganda.

In the members’ hour, we first discuss the refugee crisis. Kevin explains that it would be more sensible to relocate them to the Middle East; but the Left, intent on demographically transforming the West, is insistent on bringing them here. Next, we consider the ongoing investigation into Russia’s alleged hacking of the 2016 election. Kevin then outlines why he considers claims of collusion between Trump and Russia to be absurd. Switching gears, we discuss the wiretapping scandal involving Susan Rice, and how Trump’s presidency has been paralyzed thanks to an entrenched bureaucracy fighting him at every turn. The members’ hour also explores the lead up to the Iraq War, Neil Gorsuch, Leftist authoritarianism, and the future of the Alt-Right. 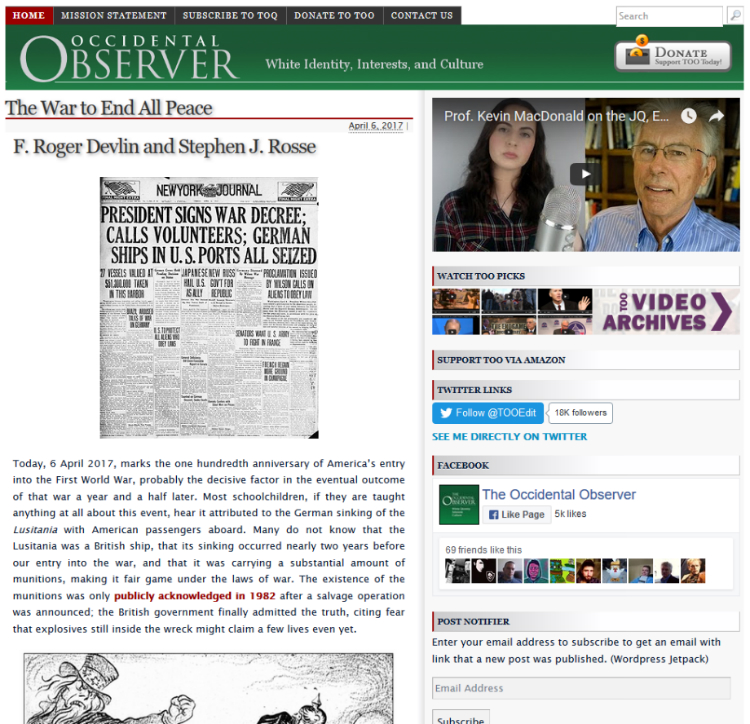