Dec 23, 2012
Patrick Flanagan is an American author and holds several patents as an inventor. Flanagan has written books focused on Egyptian sacred geometry and Pyramidology. He actively continues his activities as scientist, inventor and philanthropist, promoting the really new science and new approaches to human healing. In the first hour, Flanagan tells his story as a child prodigy, his inventions and the projects he worked on for the US government. He also talks about his experience with Andrija Puharich who was involved in locating brilliant children for the “starchild project.” Dr. Patrick Flanagan invented the Neurophone in 1958. It is an electronic nervous system excitation device that transmits sound through the skin directly to the brain, for which he received a U.S. Patent. He discusses his battles with the U.S. Patent Office and the government concerns with his invention. In the second hour, we’ll talk about his book Pyramid Power and the positive effects of golden ration architecture on the human body vs. negative sound resonant buildings. He also talks about his Hunza water research and the amazing benefits of negative ionized hydrogen. Then, Patrick talks about his connection to Nikola Tesla. Later, we discuss what kind of technology the government is using, including mind control technologies and projected thought machines. We discuss how Patrick’s Neurophone can actually be used for sinister means. We end on 2012, the 100th monkey effect and incoming energies from the center of the universe.

phisciences.com
Did Tesla Reincarnate as Patrick Flanagan?
About Dr. G. Patrick Flanagan
Patrick Flanagan Wikipedia
Eidetic memory
B. F. Skinner
The Greatest Transition in the History of Mankind - The Return of Paradise
We're on the threshold of a new era in which space weather can be as influential in our daily lives as ordinary terrestrial weather
21 Club
Amplitude modulation
LRAD Long Range Acoustic Device
Hydrogen anion
Nitric oxide
Akashic records
Hunza Valley 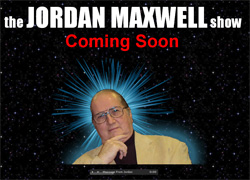