Aug 10, 2008
Filmmaker Jim Sanders, who made the documentary film called, “Nosis” joins us. We begin by talking about Jim's background in the anarchist movement and his journey towards a shamanistic approach. We discuss his previous film about genetic manipulation and biotech corporations like Monsanto called, "Seeds of Change". Also we talk about "The Real Thing" his second film about coca, democracy and rebellion in Bolivia. During hour two, Jim talks about ayahuashca, rituals, healing, shamanism and his teacher Juan Flores. We dive into the properties of ayahuashca and the contact and communication with the plants. Towards the end, we talk about the changes and energies coming into the planet at this time and the importance of purging ourselves both spiritually, psychologically and physically. More Topics Discussed: powerful plants, purging, barks, traveling, spiritual & psychological healing, Jeremy Narby, plants consciousness, nature or God speaking through the plants, ascension phase, transformation of consciousness, elemental beings and other dimensional beings.

The Real Thing - Coca, Democracy and Rebellion in Bolivia 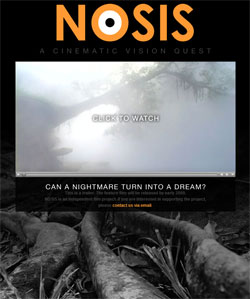