Occult Rule: Are the Globalists Satanists?

Styxhexenhammer666 is an occultist and author. He is also known for his YouTube videos, which cover a wide array of topics such as magic, gardening, and politics.

A video version of this show is available.

Styx joins us for a fascinating discussion on some of the more bizarre things that have come to light during the past election cycle. We discuss John Podesta, Marina Abramović, and spirit cooking. Styx dispels a number of misconceptions that many still harbor about the relationship between our ruling elite and the power of the occult. We then discuss Bohemian Grove, which, in Styx’s words, is nothing more than a playground for the rich to pretend that their obsession with power and money is actually making them happy. Styx argues that the elite may in fact intentionally give fuel to conspiracy theories, promoting the idea that they are diabolical overlords to intimidate the masses into inaction. The first hour also touches on fake news and geopolitics, giving ample consideration to the Chinese question.

In the members’ hour, we’ll dive deeper into esoteric topics, such as magic and the left hand path. Styx offers a brief history of magic, and reminds us that many things once thought to be magic are now considered science. We discuss the importance of self-transformation in the magical path; in particular, Styx stresses the need for self-control, arguing that a lack thereof will only lead one to be controlled by another person. Switching gears, we consider Aleister Crowley and the Ordo Templi Orientis, and whether or not this branch of occultism has any validity. This leads to an illuminating discussion on organized religion – in particular, the history, theology, and inconsistencies of the three Abrahamic faiths. The members’ hour also covers the difference between Lucifer and Satan, the ongoing Islamic invasion of Europe, and the power of memetics.

Occult Rule: Are the Globalists Satanists?Synchromystic Nature of Pepe/Kek & Occult Meme Magic of the Alt-Right 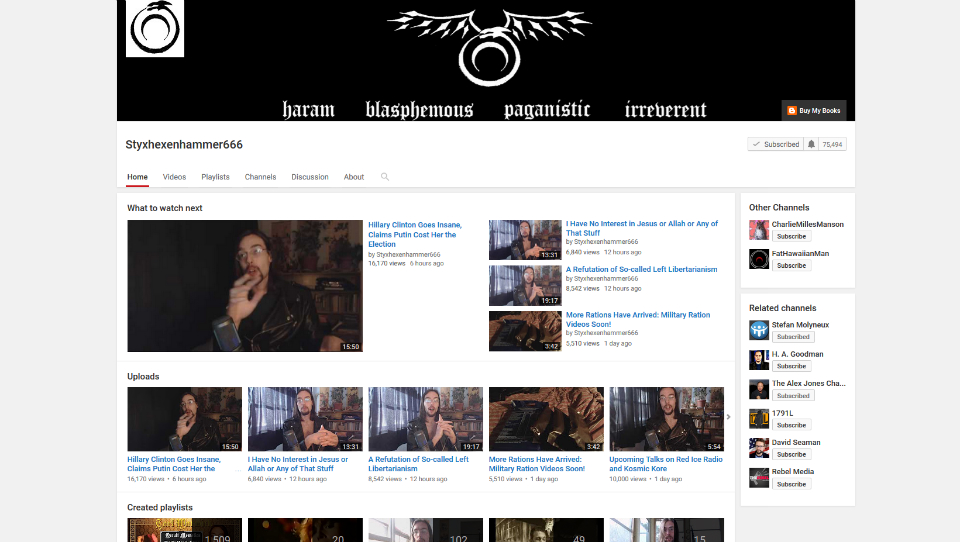