Other Losses: Death of Millions of German Prisoners After World War II

James Bacque was born and educated at Upper Canada College and Trinity College in Toronto. He has worked in literature and history since he published his first novel The Lonely Ones, in 1969. Other Losses and Crimes and Mercies, both accounts of the astonishing history of the Allied massacres in postwar Germany, have been sold world-wide. His work has been the subject of a book, an academic conference, and many articles and TV documentaries in Canada, the UK, the USA, France and Germany. Bacque has won several literary prizes and awards, including the Bismarck Medal. His new title, Spirit Builders, chronicles the work of Frontiers Foundation in Canada.

In the first hour, James describes the testimonies he uncovered while researching Other Losses: an Investigation into the Mass Deaths of German Prisoners at the Hands of the Americans and the French after World War Two, a book that caused an international scandal when it was first published in 1989. James gives an overview of the largely suppressed stories of the horrific fates suffered by around 11 million German military men and their families who were taken as prisoners by the Allied Forces. We discuss the issue of soldiers being classified as “disarmed enemy forces” that prevented proper inspections of the work camps by the Red Cross and a resulting cover-up of the famine, exposure to harsh elements, and death that occurred. James explains how the Morgenthau Plan was signed off by President Roosevelt and Prime Minister Churchill in a plan of vengeance that destroyed occupied German industry and left the country starving and penniless. As these unthinkable events were unfolding, the suppression of truth on threats of worth and livelihood succeeded in sweeping history under the rug – a masquerade that continues to this day. We consider how falsehoods based in “The Good War” have created an unshakable demonization of Germany, and James talks about the overwhelming support and recognition, as well as the stubborn rejection and ridicule, he has received for dismantling this deceitful narrative.

In the member hour, James goes deeper into the death of truth that has left our world to exist on deliberate deceptions, malevolent myths and biased propaganda. He emphasizes how well Germany has managed to recover and succeed despite the people being pinned as evil and having a deeply ingrained self-hatred. We discuss the German green movement that was created during the rise of National Socialism, and we also address concerns for the environment that are being amplified as massive waves of immigration and the worldwide thirst for Western luxuries overwhelms Europe. Then, James talks about the American military draft and the deceitful propaganda that led Canadian WWI & WWII soldiers to believe they were fighting for mercy, justice and truth. We get into the brutal post-war bombing, pillaging and raping of Germany, along with the great resistance to the Allied atrocities that festered from military Generals down to Privates. James brings forth the idea that history does not need to be revised, but rather it needs to actually be written, as much of what we’ve been told is not worth knowing. At the end, we weigh up the massive stigma and ruin that accompanies examining this dreadful period of history, and how to move forward while approaching journalism with a review mirror as we break the spell of weaponized history.

Frank Loesser - Praise the Lord and Pass the Ammunition 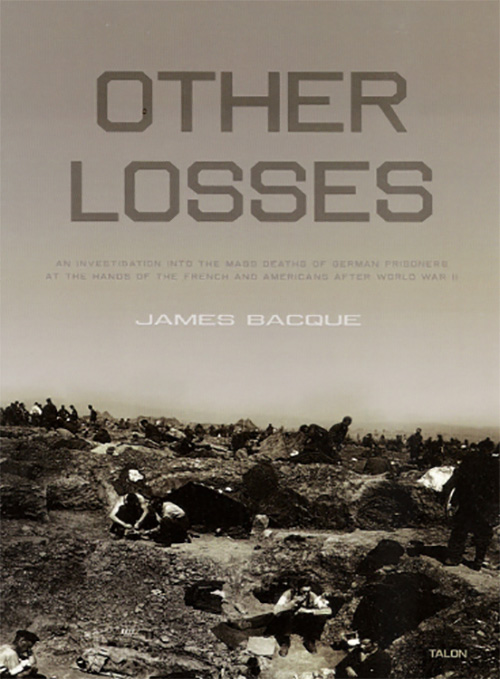