Apr 8, 2012
Marty Leeds discusses the seemingly overwhelming subject of mathematics, and how it unlocks an understanding of many other subjects in his book, “Pi –The Great Work.” He claims spiritual doctrines, mythology, folktale are encoded with mathematical knowledge. His book presents us with the idea that all of the math in the universe can be done using the numbers 1 through 9. Leeds describes his book as an inspirational journey through anthropology, spirituality, linguistics, symbolism and much, much more all viewed through the lens of Pi. In this first hour, Marty will discuss math as a language of symbols that also has spiritual significance. We’ll discuss the sacred aspects of Pi. He emphasizes the simplicity in math which can be understood easily through the use of the basic mathematical principles that everyone knows. Leeds believes that mathematics is the key to understanding everything in our world, past and present. Later, we venture into muse, creativity and duality. In the second hour, we explore what would change if people truly understood the sacred aspects of math, mythology and esoteric teachings. Marty says that everything in math points us to love. We have an unconscious knowledge of numbers and our connection to them. Then, we’ll talk about the esoteric side of squaring the circle, 666 the number 64 and more. Leeds tells us about the symbolism found in the game of chess. Marty mentions the connection between synchronicity and numbers. We’ll talk about how numbers speak to us and why. Later, we talk about the holographic universe made up of a matrix of numbers. Marty discusses free will as choices within a perimeter. Leeds ends the hour sharing a vision he had of the electric serpent. 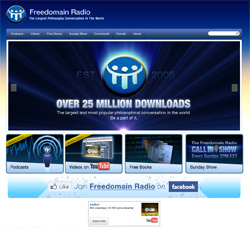