Could there be a centuries-long international conspiracy to cover-up the knowledge of ancient visitors to North America? Author Rick Osmon discusses his book "The Graves of the Golden Bear: Ancient Fortresses and Monuments of the Ohio Valley." Rick was selected for the US Air Force Academy right out of high school. He later attended Vincennes University and earned an Associates of Science in Laser and Electro-Optics Technology. For a number of years, he worked for defense contractors and then took a job with the US Navy as a civilian with an engineering support field activity, specializing in radar, night vision, and laser equipment for surveillance and munitions guidance. But, Rick was also reading everything he could find about the weird and unusual, history, archeology, paleontology, geography, cartography, cryptozoology, cryptography, and hollow earth theory. Rick has mapped out the different waves of colonization attempts and visitations to North America, looking at the claims of the Welsh prince Madoc who is said to have brought thousands of colonists to North America centuries before Columbus. In the second hour, we'll proceed talking about the ancient visitors who came to North America. We begin talking about trans-Atlantic navigation techniques and diffusionism. Rick tells us more about the mythology of King Arthur and Prince Madoc. Osmon has used colonial era maps, modern computer and satellite imaging technology, historical accounts, official documents, archeological reports, and has thoroughly collaborated with several other researchers to discover the sites of more than forty five strategically placed ancient fortresses in the Ohio Valley. The Roman conquest of North America and The Ninth Roman Legion is a major clue to who was behind the ancient fortresses and monuments of the Ohio Valley. Later we discuss the different waves of colonization, trade, the Cistercians and the Knights Templar.

Massacre of the Ninth Legion

GGB is Here! Complete with International Intrigue, Conspiracies and Coverups! 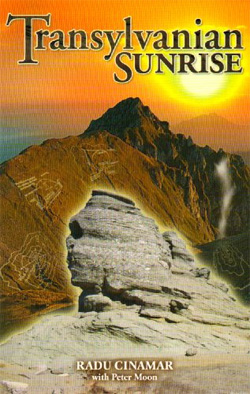