Psychology of the Cultivated Society

Oct 21, 2012
Mike Cross, author of Freedom from Conscience - Melanie's Journey discusses psychopathy in politics. Mike, a former Oregonian now a resident of Stockholm, teaches psychology and international finance. In the first hour, Mike talks about politicians, political campaigns and the state. He presents theories on why society loves a psychopath. We’ll also discuss how the masses are being transformed into a war like society. In hour two, Mike covers the brain chemistry of a psychopath. Then, we’ll discuss politics from the elite’s point of view, such as environmental issues, population, employment and globalization. Later, Mike talks about the image of a patriot today and what is now deemed as socially acceptable. He speaks more about how society is being cultivated and morphed into a war minded society.

Freedom From Conscience - Melanie's Journey
Freedom From Conscience - Melanie's Awakening
Political Ponerology (A Science on the Nature of Evil Adjusted for Political Purposes)
The Sociopath Next Door
Puzzling People: The Labyrinth of the Psychopath
Without Conscience: The Disturbing World of the Psychopaths Among Us
The Mask of Sanity: An Attempt to Clarify Some Issues About the So Called Psychopathic Personality
Psychopathology of Everyday Life

Alice In Chains - Sea of sorrow 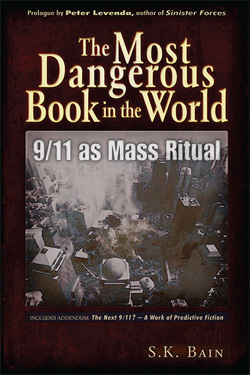