May 5, 2014
Mikkel Clair Nissen is an anti-collectivism activist and author of the book, Manipulism and the Weapon of Guilt: Collectivism Exposed, a controversial exposé and carefully detailed description of the awful emotional mind game that facilitates communism, socialism, and social-liberalism, known as collectivism. The book exposes Denmark, the supposed happiest nation on earth, for what it truly is: collectivism's biggest propaganda hoax. Danish author Mikkel Clair Nissen tells the hidden facts and realities of life in Denmark’s democratic-socialism that they don’t want you to know. We’ll hear about how he began waking up to the dark side of Denmark. Like a dysfunctional family, Danes are terribly insecure, compulsively corrected, policed, and regularly intimidated by each other. Known in psychology as pathological narcissism, these behaviors are a way of everyday life. He’ll talk about life in the collective within Scandinavian society. In the second hour, Mikkel elaborates on the psychology of what drives the Nordic society. We’ll discuss what is known in Nordic societies as “Jante Law,” which contains 10 rules. He talks about psychopathic narcissism and how inferiority makes superiority complex. Nissen also explains how the Nordic model has achieved neo-communism. Nordic people even turn on family and friends to defend the state. Later, he talks about how to bring children up to not be part of the pathological collective. In the collective, there is no such thing as individual achievement. Later, Mikkel talks about how this same type of collective is now threatening the US.

Manipulism and the Weapon of Guilt: Collectivism Exposed 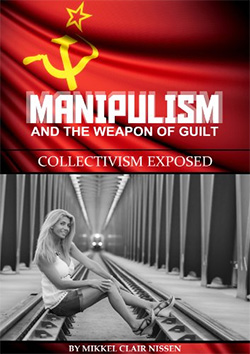