Sep 29, 2014
Kevin MacDonald received his Ph.D. in Biobehavioral Sciences and is Professor of Psychology at California State University, Long Beach. MacDonald is the author of seven books on evolutionary psychology and child development and is the author or editor of over thirty academic articles. His research focuses on evolutionary psychology and on ethnicity and ethnic group conflict. He is the founder of The Occidental Observer, an online publication presenting original content touching on the themes of white identity, white interests, and the culture of the west. In the first hour, we’ll begin on the speculative Khazar theory of the Jews and although not supported by empirical basis, it is used for political purposes. The theory reached a wider audience when Arthur Koestler published “The Thirteenth Tribe” in 1976. More recently Prof. Shlomo Sand published “The Invention of the Jewish People,” that further argues that the “Jewish people” is an invention, forged out of myths to justify Jewish ownership of the Land of Israel. Then we move on to discuss the long historical animosity between Jews and Western culture. Kevin talks about politics motivated by hatred. Later, we discuss the big business of immigration. In the member’s hour, we contend how it’s no accident that pro-European films are not being made, nor is media focusing on any positive aspects of Europeans or the West. Then, we discuss change in government that could have an influence on media and culture. We’ll also speak about the situation in California as demographics have drastically changed and tensions are mounting. Later, we comment on the Scottish independence referendum and voting fraud claims. The hour ends on the new kind of rebel emerging, antifa violence and the absurdity of Whites rejoicing the death of their culture.

kevinmacdonald.net
theoccidentalobserver.net
The Occidental Quarterly
Why The Occidental Quarterly Exists
Exponential growth of Ashkenazi Jews following a Medieval population bottleneck
Jewish population genetics and intelligence revisted
The Thirteenth Tribe
The Invention of the Jewish People
Khazar theory of Ashkenazi ancestry
Scots were tricked into voting ‘No’ – Salmond
Why is the US - Mexico Border left open?
VOTER FRAUD: Was the Scottish Independence Referendum Rigged to Fail?
Scottish Independence: Protesters demand revote 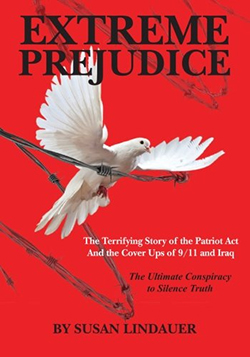