Jun 21, 2012
Winter Laake is a writer and a practitioner of satanic black magic. He has published seven books on the subject of Satanism, remote-viewing and remote-influencing. He is also a psychic that has assisted law enforcement in the capacity of finding the missing or the murdered. Winter is also an avid screen-writer, ghost-writer and biographer. He'll discuss Satanism, how it is defined and what it means to be a Satanist. Winter talks about how religion has suppressed our true evil nature, as he says we are all inherently evil. Then we define the difference between Satanists and Luciferians. Winter explains how Lucifer is the liberator vs. religion which enslaves. He reveals a more altruistic approach in his Satanism, which he says can lead us to a more ideal world, leaping us forward in our evolution. He also clarifies how the elite are not Satanists. In the second hour, we'll discuss voodoo cults and Satanists who are into the death worship aspect. We'll move on to talk about the "satanic singularity," which is deeply connected to the transhuman movement. Winter talks about how mankind will evolve with the aid of technology. He says it will be brutal and wicked unless we attain higher consciousness. He shares his remote viewing visions of the period between 2020-2050, revealing a non-altruistic reality. He explains what Luciferian consciousness is and what it takes to attain a higher level of it. Later, Winter talks about the nature of evil vs. nature.

winterlaake.com
Lucifer - Where did the Word come from and what is its True Meaning?
Origins of the devil...
The Devil worshippers of Iraq
Satanism
Lucifer
Miami Cannibal Was Under Voodoo Curse Says Girlfriend
Nick Bostrom
Anders Sandberg
Transhumanism

DiLeva - Hell is made of Love 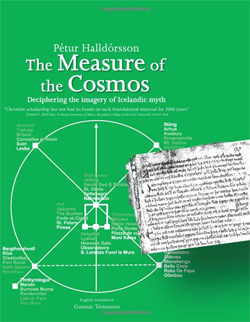