Mar 8, 2007
Writer, researcher and film maker Phillip Gardiner talks about his research and work, "The Ark, The Shroud and Mary". Phillip is also the author of "The Shining Ones", "Secrets of the Serpent" and "Gnosis: The Secret of Solomon's Temple Revealed" Topics discussed: Philip's background, James Cameron & the tomb of Jesus, The Holy Vhem, Priory of Sion, Pierre Plantard, Rome, the Vatican, P2, Jesus and Mary Magdalene, the Knights Templar, Rennes Le Chateau, Berenger Saunier, Cistercians, "The White Brotherhood" and much more. For members, we continue our talk with Philip Gardiner and begin talking about the serpent. Topics discussed: The Line of Cain, Eve & The Serpent in the Garden, The Ancient Serpent Cult, the significance of serpent symbology, Vul-Can / Vati-Can, alchemy and the elixir of life, kundalini, altered states of consciousness and meetings with the Serpent, Jacob's Ladder, Pagans and Christianity, the Caduceus and the Asclepius, the extra terrestrial connection and more.

Holy Vehm My Journey into a Real Secret Society

Did the Holy Grail Exist? - The Grail Code and Hindu Kundalini how it affects Your Health

The Skull and Crossbones

The Ark, the Shroud and Mary: The Untold Truths About the Relics of the Bible

The Shining Ones: The World's Most Powerful Secret Society

Secrets of the Serpent: In Search of the Sacred Past

The Serpent Grail: The Truth Behind the Holy Grail, the Philosopher's Stone and the Elixir of Life 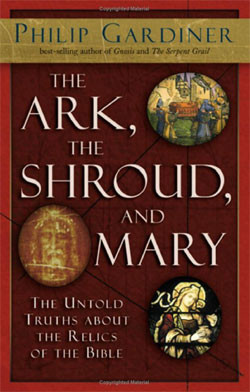