Shroud of Turin & The Grey Aliens

Apr 14, 2011
In this program, we discuss the "Shroud of Turin" and how it relates to the grey alien phenomenon. It might sound strange, but we are going to connect these topics together with Nigel Kerner, the author of "Song of the Greys" and "Grey Aliens and the Harvesting of Souls". He joins us with his colleague Andrew Silverman. Nigel has felt driven, from his young years, to expose the hypocrisy in modern scientific and religious and social thinking. His formal graduate education is in biomedical science and human behavioural psychology. Nigel has found significant evidence in Gnostic texts to suggest that Christ warned his apostles about an alien threat. His colleauge Andrew Silverman is a medical doctor with a background in physiology and has been interested from an early age in the nature of what we are as human beings and what our potential is. He has always been fascinated to know how the image on the Turin Shroud could have formed being mindful of the fact that it can not be replicated even with 21st Century technology. Last year he presented a paper on the Turin Shroud at a conference at the atomic physics research centre ENEA in Frascati, Italy. Stay with us for two hours as we explore their ideas and research. In the second hour, Nigel shares his thesis on the Shroud of Turin as a powerful illustration of someone who lived beyond the atomic state. He feels that this example may be the antidote which the greys are using and may bear upon us. They are adapting us for their kind of existence heading for the only immortality they can know - a physical immortality that according to the laws of physics is no immortality at all. It has to end one day with the cold death of the entire universe as cosmologists now say. Stay with us for the second hour with Nigel Kerner and Andrew Silverman.

Turin Shrouds Its Magic, Black and White, in Plain Sight

The Brightest of All (pdf)

The Sophia of Jesus Christ

Hypostasis of the Archons

Grey Aliens and the Harvesting of Souls: The Conspiracy to Genetically Tamper with Humanity

Song of the Greys 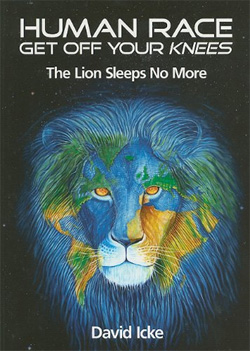