Jan 5, 2015
Laird Scranton is an independent software designer who became interested in Dogon mythology and symbolism in the early 1990s. He has studied ancient myth, language, and cosmology since 97. He has been a featured speaker at national conferences on ancient mysteries, including the Paradigm Symposium. He is the author of several books, including The Science of the Dogon and China’s Cosmological Prehistory. Laird joins us to speak about his research on the magnificent site of Skara Brae on Orkney Island in Northern Scotland, a Neolithic farming settlement that is thought to date back prior to both Stonehenge and the Great Pyramids. These findings tie in to the subject of his new book, Point of Origin, which points to Gobekli Tepe as a center of civilizing knowledge for the ancient world. He outlines the history of the Skara Brae site, which was covered over until the 1850s. Laird details the layout of the village and temple found at Skara Brae, a megalithic site that appears to be linked to a cosmological blueprint for instructional sanctuaries used by multiple ancient cultures around the globe. In the second hour, Laird explains what is believed to be the purpose of the site and discusses how the myths and deities of Skara Brae connect linguistically to the early agricultural kingships in Egypt, China, the British Isles, and South America. Then, we look at the differences between Mother Goddess cultures and Creator God cultures, and consider the parallels of prevalent ancient myths. In conclusion, we delve into the possible explanations for the covering of ancient villages and megalithic sites, and what these sites may represent in the progressive stages of creation.

Gobekli Tepe and the Spiritual Matrix for the World’s Cosmologies
SkaraBrae
Orkney's glorious Viking past
The Odin Stone
Funnelbeaker culture
Faroese language
Elysium
Rhadamanthus
Pygmy peoples
Calling Ancient Egyptians Black Isn't Myth-making The Greek Writer Herodotus Said "The People Of Colchis Must Be Egyptians Because Like Them They Are Black-skinned And Wooly-haired."
Haunting Griaule: Experiences from the Restudy of the Dogon
The Historical Origins of Afrocentrism

Point of Origin; Gobekli Tepe and the Spiritual Matrix for the World’s Cosmologies

Man's Genesis & The Future Direction of HumanityThe Velikovsky HeresiesGöbekli Tepe, Egypt & The DogonThe Science and Symbols of the Dogon & The Cosmological Plan 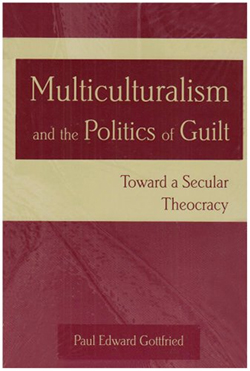