The Science and Symbols of the Dogon & The Cosmological Plan

Jun 20, 2010
Laird Scranton is an independent software designer who became interested in Dogon mythology and symbolism in the early 1990s. He has studied ancient myth, language, and cosmology for nearly 10 years and has been a lecturer at Colgate University. He also appears in John Anthony West’s Magical Egypt DVD series. He lives in Albany, New York. Laird is the author of "The Science of the Dogon: Decoding the African Mystery Tradition" and "Sacred Symbols of the Dogon: The Key to Advanced Science in the Ancient Egyptian Hieroglyphs". His new book is called" The Cosmological Origins of Myth and Symbol: From the Dogon and Ancient Egypt to India, Tibet, and China". In this program, Laird discusses the Dogon people of northwest Africa, their symbols, myths and mysterious origins of their knowledge. Topics Discussed: Dogon, Mali, religious tradition, Beta Israel, Ethiopian Jews, comparative cosmology, written language, signature of the parent tradition, 15-20 sub languages, Ama, Amen, serpent, Walter Van Beek, symbolism of the Stupa, Sirius, cosmology of the Dogon, Freemasonic symbols, astrological symbols, Buddhism, Zep Tepi, Göbleki Tepe, Hebrew and Egyptian Hieroglyphs. Don't miss our second hour with Laird Scranton to hear more about the Dogon people, their scientific knowledge and the cosmological plan of the teachers. Laird also discusses what ancient cultures say about prophecy, catastrophe, and the return of the "teachers". What is the relationship to the myths about the fish, Jesus, the mer-people and the symbolism of the dog and Sirius the Dog Star? More Topics Discussed: ancient high culture, the teachers, Jesus, Oannes, water, fish people, merfolk, Sumerian, Babylonian, ice age, John Antony West, magnetic pole, migrations, prophecy, Tibet, Sigi Festival, Wallace Budge, Sekhet, China, Dogon knowledge about quantum physics, torsion theory, the cosmological plan, Nakhi, pharaohs, genetically engineered human beings and seeds, the symbolism of crop circles, gematria, Kabbahla and missing vowels.

The symbolism of the stupa By Adrian Snodgrass

The Sirius Mystery, the Supreme Council 33rd Degree, and the Great White Lodge of Freemasonry

Dragons came down to Earth from Sirius to share their wisdom with humans, myths say

Remembering The Tragedy Of Another Sirius-Worshiping Cult

The Top of My Head

"The Truth About Enki"

The First Eden - Part One

The "Age of Horus" Dawns

The Science of the Dogon: Decoding the African Mystery Tradition

Sacred Symbols of the Dogon: The Key to Advanced Science in the Ancient Egyptian Hieroglyphs

The Cosmological Origins of Myth and Symbol: From the Dogon and Ancient Egypt to India, Tibet, and China 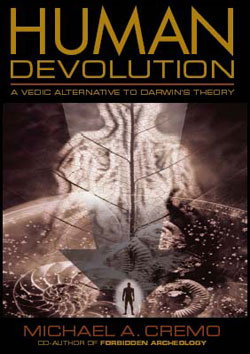