The Alt-Right, Free Speech & Israel's Role in the Migrant Invasion

A video version of this interview is available in the TV section.

We begin by discussing the current state of the Alt Right. Kevin remarks that it’s very heartening to see so many young folks interested in preserving Western Civilization. We consider the attempts of the media to tie the recent NPI press conference to Donald Trump, with Kevin noting that accusations of racism had little effect in the primaries. In light of this, we consider whether the power of the word “racist” is waning due to overuse. We discuss the complex meme culture that has developed in the Alt Right; Dr. MacDonald clarifies that he does, in fact, appreciate the more humorous side to our movement. Shifting gears, Kevin tells us about his attempts to put pro-White ads in college newspapers. Despite priding itself as a bastion of free speech, the University of Chicago ultimately denied the ads. The first hour also features discussion on private censorship, IsraAID aiding refugees in Greece, and the rape epidemic in Europe.

In the members’ hour, we discuss the fact that multiculturalism has become a moral imperative, and that to even question immigration is tantamount to heresy in the current year. Kevin reminds us that Europeans are, in fact, very moral people; as such, it’s hard to convince White people to do something if it isn’t morally justified. Unfortunately, this emphasis on morality has been turned against us, as our ruling elite has led us to believe that handing over our nations to outsiders is the right thing to do. Dr. MacDonald traces this back to hunter-gatherer culture in northern Europe, wherein one had to maintain a positive reputation to avoid exile. Later, we comment on California governor Jerry Brown who just signed an anti-BDS bill into law, coming one step closer to outlawing criticism of Israel. We then touch on immigration, with Kevin explaining that living as a minority in a foreign land will invariably lead to feelings of isolation and discontent. We also discuss how the Left, hell-bent on enforcing multiculturalism, continues to argue that we must be nice to Muslim immigrants lest they turn into terrorists. The show concludes with a reflection on subversion within nationalist movements, and what we can do to safeguard the Alt Right. 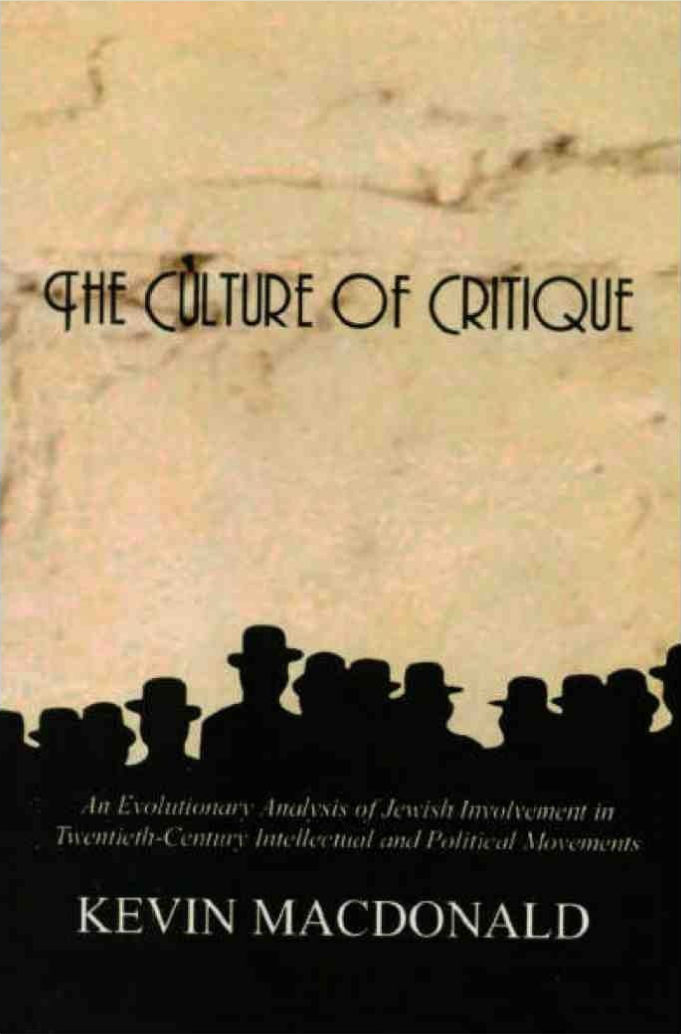