Oct 8, 2006
Billy Meier, born in 1937, is a citizen of Switzerland who claims to be a UFO contactee and prophet. Michael Horn is the Authorized American Media Representative for the Billy Meier Contacts (www.theyfly.com), which he has researched since 1979 (and proved to be absolutely authentic). Join us as we discuss Michael's background and connection to this case and get into the fascinating past & future prophecies that Billy was foretold about during his contacts. Some of these predictions include the Iraq War, World War Three and the riots in France. Other topics we discuss include the origins of the Human Race(s), origins of religion, the Talmud of Jmmanuel, and ancient civilizations on Mars and Venus. In the second hour, we continue with Michael Horn and dive deeper into the prophecies and predictions from Billy Meier's case. The Meier Contacts - The Key To Our Future Survival 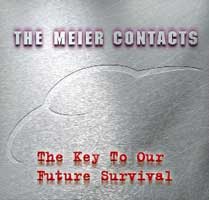