Feb 3, 2011
Could the next ice age begin any day? If so, what is the evidence for it? We talk with author Robert Felix about the coming ice age. Robert Felix, a former architect, became interested in the ice-age cycle back in 1991. He spent the next eight and a half years, full-time, researching and writing about the coming ice age. Robert's book is called, "Not by Fire but by Ice". Robert Felix argues convincingly that, rather than runaway heating due to humans' burning fossil fuels, the world is much more likely to face rapid onset of the next ice age in the near future. His latest book, "Magnetic Reversal and Evolutionary Leaps" is something we focus on in the second hour for our members. Both his books connect in an interesting way. Robert suggests that we are in for some big changes. The question is how soon can we expect the ice age to being? Stay with us as we explore the coming ice age, magnetic reversal and evolutionary leaps. Robert Felix outlines his theory about magnetic reversals and evolutionary leaps in our second hour for members. We discuss historical extinction events and the rise of new species. How close are we to a magnetic reversal? What can we expect when one occurs? We also discuss related anomalies like the sun rising two days early in Greenland and the magnetic north racing towards Russia, now at a speed of about 40 miles per year. Birds and fish have been dying worldwide. Is this related to an unstable magnetic field? Plus, airports are now readjusting themselves to the magnetic fluxuation.

The Sun Does a Flip

"Doomsday Seed Vault" in the Arctic

Not by Fire but by Ice: Discover What Killed the Dinosaurs...and Why It Could Soon Kill Us

Magnetic Reversals and Evolutionary Leaps: The True Origin of Species

The Coming of a New Ice Age 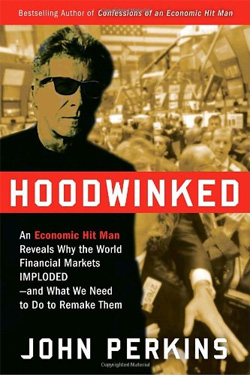