The Conspiracy Behind the Assassination of Princess Diana

Feb 10, 2014
Jon King is a published author and optioned screenwriter with a background in music and journalism. For a good chunk of the 1990s and early 2000s he was editor of the popular high street magazines, UFO Reality and Odyssey, an enterprise which led to the publication of his first book, Cosmic Top Secret: The Unseen Agenda. He is probably best known for his two top-selling books Princess Diana: The Evidence and Princess Diana: The Hidden Evidence, with co-author John Beveridge. His latest book, The Cut-Out, is an autobiographical spy thriller based on the true story of how he was set up by MI6 in the cover-up operation that followed Princess Diana’s death. In the first hour, we discuss the details of Princess Diana’s assassination. In the second hour, Jon talks about how he was drawn into the conspiracy surrounding Diana's death and the unwitting role he became earmarked to play in the conspiracy. He speaks more about the source giving him information about a “high profile” assassination that was to occur. King also details how the MI6 and CIA have been seeking to use non-mainstream press and media in order to have them disseminate information. This has been done in an effort to try to ridicule these stories as rumors and crazy conspiracy theories, despite the core of truth in the information shared. This gives us an interesting insight into how security agencies work and that insiders, anonymous sources and whistleblowers might still be in the business of doing the bidding of the agencies they claim they are speaking out against. 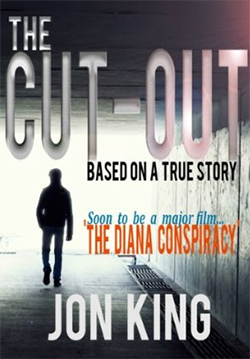