Sep 19, 2010
Jeremy Narby is an anthropologist and writer. Narby grew up in Canada and Switzerland, studied history at the University of Canterbury, and received a doctorate in anthropology from Stanford University. Narby spent several years living with the Ashaninca in the Peruvian Amazon cataloging indigenous uses of rainforest resources to help combat ecological destruction. Narby has written three books, as well as sponsored an expedition to the rainforest for biologists and other scientists to examine indigenous knowledge systems and the utility of Ayahuasca in gaining knowledge. Since 1989, Narby has been working as the Amazonian projects director for the Swiss NGO, Nouvelle Planète. In 1999 he released the book "The Cosmic Serpent: DNA and the Origins of Knowledge" and in 2006 "Intelligence in Nature". In this interview, he talks with us about his research and anthropological work in the Peruvian Amazon, living next to the Quirishari and studying the source of their knowledge about plants. Jeremy also talks about DNA, the roots of knowledge, intelligence in nature, communication with the entities beyond this world, experiences on Ayahuascha, difference in cultures and more. Topics Discussed: Ayaschanica people, ayahuasca, Quirishari, Carlos Perez, visionary journeys, anthopology, art of scientific investigation, origins of knowledge, Francis Crick, LSD, double helix structure, realm of visions, molecular intelligence, serpent symbolism, coding system of genes, biospheric DNA television, ayahuasca DMT, di methyl-tryptamine, datura, dreamworld, modification of consciousness, studying the cosmos, Avatar and shamanism.

The Cosmic Serpent: DNA and the Origins of Knowledge 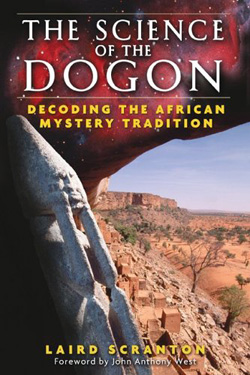