The Enochian Evocation of the Sorcerer John Dee

Jul 22, 2013
Geoffrey James is an amateur historian of western religion. He is best known for his work on the life of John Dee, the court magician of Queen Elizabeth I. He is the author of eight books, including “The Enochian Evocation of Dr. John Dee” and his latest novel “Scorcerer,” based on the diaries of Dr. Dee and Edward Kelley. Geoffrey is a graduate of the University of California, where he was a Rhodes Scholarship Candidate and elected Phi Beta Kappa. James’ writing has appeared in Wired, Men’s Health, The New York Times and several fiction anthologies. In this program we travel into the Enochian world and outline the methods and experiences that Kelley and Queen Elizabeth’s court magician, astrologer and alchemist, Dr. Dee, had back in the fifteen hundreds. We’ll discuss The Enochian Evocation of John Dee and the translation of the original material received from direct Angelic contact. These beings desired to re-establish the true art of magic, which had been lost. Dee believed this research would greatly benefit mankind and documented all of the channeled information into a series of manuscripts and workbooks. Geoffrey presents the core of the channeled material framed in a historical context. In the second hour we go deeper into the agenda of the angels and what their interest in humanity was. We ask Geoffrey if Enochian magic is still being practiced and if angels still wield the same level of influence that they once might have done.

Sorcerer: A Novel of Queen Elizabeth's Alchemist
Enochian Evocation of Dr. John Dee, The
The Enochian Magick of Dr. John Dee: The Most Powerful System of Magick in its Original, Unexpurgated Form

Queen - A Kind Of Magic 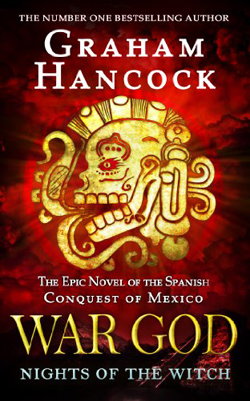