The Forbidden Star Map, Masonic Tracing Board & The Key of Solomon

Sep 16, 2007
Wayne Herschel had three defining life experiences before becoming an author presenting controversial new discoveries in archaeology. With great difficulty he managed to get published and secure his findings. He later discovered the difficulty was probably no coincidence when a secret society member warned him that what he had published was also ‘their’ secret star pattern that was considered the basis of their fraternity secret – the secret of the first degree. Listen as Wayne Hershel talks about his book, “The Forbidden Star Map”, a revelation that challenges history and the origins of mankind. Also, he shares his analysis of the historical Freemason document, the “Hiram Key”, referred to as the: “Hiram Abif star map”. Wayne says over the past few years, Freemasons have come from all over the world to attend his pyramid star map talks. This once secret star depiction, is referred by them as their: “First Degree Tracing Board of the Key of Hiram”. For our members, Wayne discusses his work on "The Key of Solomon". We discuss interesting points about occult symbols, witchcraft and alchemy. More Topics Discussed: the lost city of Babylon, Tikal, Cydonia, Stonehenge, the Temple of Jupiter at Baalbek; "The Temple of Man" and more. 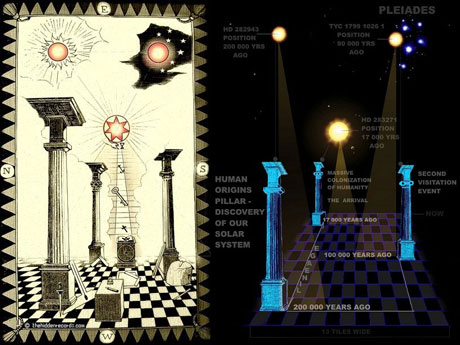 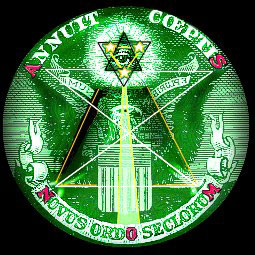 Explanation of the First Degree Tracing Board

The Web of Hiram

The Legend of the ‘Star Man’

Mars, Rennes-le-Chateau, and the Hall of Records 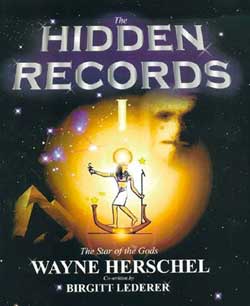