Aug 7, 2011
Wayne Hershel is a symbologist and author of "The Hidden Records". He is with us to discuss the exciting new find of "The Jordanian Codices". They are a very interesting collection of credit card sized lead and copper books that first was brought to the attention of the world in March 2011. With as-of-yet undeciphered text and symbols, they are believed to contain information about early Christianity, the sects around the Middle East and maybe even details about the life of Jesus. The cave where the discovery was made is less than 100 miles from Qumran, where the Dead Sea Scrolls were found. The question is if these codices contain an equally amount of interesting and sensitive information. Wayne Herschel, born in 1959, lives in Cape Town. He has always had a passion for the unexplained and the mysterious. In his childhood, a strange sighting of lights in the sky, which was later well publicized in the media as a mass sighting, made an indelible impression on him. Like others before him who had been privileged to experience a paranormal event, he was inspired by the realization that we cannot possibly be alone in the universe. This would become a powerful new point of reference for him in reasoning humankind's ancient historical heritage… which remains shrouded in mystery to this very day. Many years later, in his early twenties, Wayne had another brush with the 'unexplained' in a motor cycle accident during a cross country event. He vividly recalls having had what is well documented as a so called 'near death experience'. In the second hour we proceed to discuss Wayne Herschel's findings and talk specifically about the Masonic parallel bible, the priory and the secret society behind it. Herschel talks further about Jacob's ladder, Ezekiel's wheel, visions, "Oneism" and the mark of the beast. Wayne addresses many of the problems that our world is facing, we hear some of his solutions and theories. There is a conspiracy against humanity and Hershel ties together everything from GMO's, Rupert Murdoch's the Phone hacking scandal and chemtrails to where gold and other resources are being used for. We talk about the manufactured economic crisis, who is benefiting from control and power getting into fewer hands. Later, we address transhumanism, implantable microchips, augmented reality, HAARP, Wikileaks, health issues and the root of suffering on this planet.

Is this the first ever portrait of Jesus? The incredible story of 70 ancient books hidden in a cave for nearly 2,000 years

Could this couple's Bible 'codices' tell the true story of Christ's life? 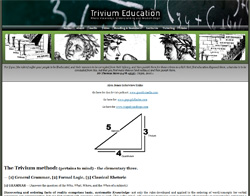