The Giant's Geoglyphs of Tiahuanaco, The Watchers, Eschatology, Numerology & Geometry

David Flynn is the author of bestseller “Temple at the Center of Time: Newton's Bible Codex Finally Deciphered and the Year 2012”. Many have praised this fascinating book which discloses, among other things, knowledge which was sought after by freemasons & secret societies, and an in depth study of the topic which obsessed Sir Isaac Newton -- time and space -- in particular, the end times and prophecy fulfilled on Earth. He is also the author of “Cydonia: the Secret Chronicles of Mars". In the first part of this program, David discusses his recent discovery: “The Geoglyphs of Tiahuanaco”. He shares how he made the discovery and the connection with the Nephilim, watchers, the flood, cataclysms and megaliths. More Topics discussed: Newton, Lake Titicaca, the Bolivian Altiplano, the age of the geoglyphs, Arthur Posnansky, Puma Punko, Viracocha and the legend of a second moon. Is there a message carved into the landscape? We also discuss theurgy (performance of miracles), Baalbek, Terrence McKenna, singularity, time, the importance of dates, latitudes, longitudes and more. During hour two, David shares his theory on the “Cosmic Clock” or the “Doomsday Clock”. We discuss numbers, dates, measurements, 33, 60, 360, 2012, eschatology, Revelation 11 & 12, Newton, spiritual vs. technological singularity, crop circles, UFO flaps, Roswell, Avebury, the Mars Earth connection, the chalk horses of Wiltshire, ouroboros, official disclosure, Cydonia, Mt Hermon, Iapetus (moon of Saturn) and the Garden of Eden.

Along the 33rd Parallel: A Global Mystery Circle

The Temple At The Center Of Time

Cydonia: the Secret Chronicles of Mars (Could be out of print) 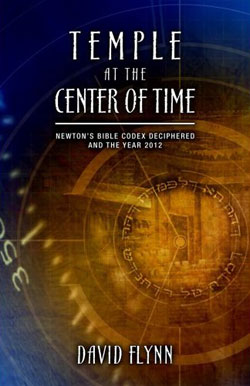