The Hidden Chamber Behind Gantenbrink's Door & The Giza Power Plant

Jun 12, 2011
Christopher Dunn, originally from England was recruited by an aerospace manufacturing company from the United States. Over the past 49 years, Chris has worked at every level of high-tech manufacturing from machinist, toolmaker, programmer and operator of high-power industrial lasers, Project Engineer and Laser Operations Manager. Chris's pyramid odyssey began in 1977 after he read Peter Tompkins' book Secrets of the Great Pyramid. After further research and study of source material on various theories, Chris concluded that the Great Pyramid must have originally been built to provide a highly technical society with energy-in short, it was a very large machine. Discovering the purpose of this machine and documenting his case has taken the better part of twenty years of research and following the 1998 publication of Chris's book, "The Giza Power Plant: Technologies of Ancient Egypt" which describes a holistic energy device that is harmonically coupled with the Earth and its inhabitants. Chris has published over a dozen magazine articles, two books and has had his research referenced in over a dozen books on Egypt. In this interview, Christopher Dunn will discuss the Great Pyramids' machine like features and will share his analytical and practical engineering perspective. He will also give us his opinion about Zahi Hawass' recent expeditions on TV and tell us what he hopes for next. In the second hour for members, Christopher continues discussing the technology within the shaft of the Great Pyramid. He is building a model to demonstrate how the electrical arrangements would operate in the shaft. Chris will explain why he thinks the Egyptians used hydrogen. He also discusses engineering concepts from his book, including pulse generators and resonators which served a purpose in the pyramid. He says as an engineer it is important to him to not theorize but actually test and prove his claims before committing to them. Then, Chris gives his opinion of where the Egyptian knowledge of engineering came from and why it disappeared. The Egyptians also had an understanding of the importance of harmonics on the human health. Chris says we need more technology in line with this idea. We'll talk about the perfection and symmetry in Egyptian craftsmanship and how it would be done today. We end the interview discussing the unfinished obelisk in Aswan, the told and untold stories.

Evidence of Ancient Electrical Devices found in the Great Pyramid?

THE REVELATION OF THE PYRAMIDS from patrice pooyard on Vimeo.

What Will Be Found Behind Gantenbrink's Door?

Christopher Dunn in the Pyramid 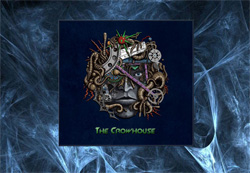