Mar 21, 2010
Marshall Masters joins us to talk about the Kolbrin and the Kolbrin Bible in our first hour. The Kolbrin is compiled of manuscripts that was saved before the burning of Glastonbury Monastery 1184 AD and was safeguarded by a group called "The Culdians". We talk these preserved ancient records of the Egyptians and the Druids that seem to correlate information about catastrophe and passing by planetary bodies in the past. In hour two we begin talking about more modern research on Planet X, like our Binary star System, “the Nemesis” that NASA also is now talking about. We go back to 2003 and ask what happened then, when Planet X was supposed to have come by. Marshall talks about Nancy Leider, Mark Hasselwood and his book Blindsided. We also discuss some new developments around 2006 with the Telescope at the South Pole. We talk about disinformation attacks directed at him and his team that seem to originate from London, the main Banking center of the world. We talk about upcoming catastrophe, the Global Seed Vault in Svalbard, the Georgia Guide stones, The Elites and their survival attempts. Marshall also talk about what he calls subtext messages and channeling of information and we do go into the unavoidable year 2012. If Planet X is coming, when will the guacamole will hit the fan? We end talking about how to best prepare in Marshall’s view.

Search on for Death Star that throws out deadly comets

Glastonbury Abbey and the Kolbrin Bible

Mammoths and Other Great Beasts Peppered with Material from Space

North Pole 'was once subtropical'

Solar flares will disrupt GPS in 2011

Sunspots more active than for 8000 years

Egyptian Texts of the Bronzebook: The First Six Books of The Kolbrin Bible 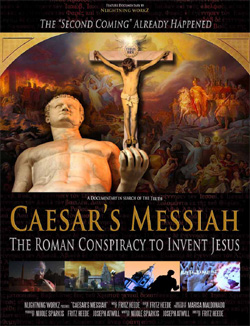