Mark Collett is a British political activist and the author of The Fall of Western Man. He has been politically active since his late teens and was formerly the Youth Leader and Head of Publicity for the British National Party. In 2004 he was arrested for several speeches he made and in 2006 was tried and found not guilty on all counts. Mark now works with numerous groups both in the UK and abroad and produces his own weekly podcast.

Mark returns to Red Ice in the wake of the London Bridge terror attack to discuss recent events, Islamic terrorism, and multiculturalism. We begin by talking about the recent attack in London. Mark reminds us that London’s mayor, Sadiq Khan, previously stated that terrorist attacks are part and parcel of living in a big city. This leads to a discussion on the failure of multiculturalism in Britain. Mark tells us that British Muslims are overwhelmingly on welfare, live in insular communities, and have very little in common with native Brits. The first hour explores many other topics, including the establishment’s response to such acts of terrorism, the firing of Breitbart writer Katie McHugh, and what a future without Europeans would look like.

In the members’ hour, we pick up where we left off in our discussion on Britain’s current plight. We discuss the mainstream media’s response to Islamic terrorism. Mark points out that the media never addresses the underlying causes of these attacks: multiculturalism, the migrant invasion, and radical Islam, to name a few. We then discuss the recent accusations that CNN staged a Muslim protest after the London Bridge attack. Switching gears, Mark outlines many of the views held by British Muslims – views that antithetical to not only traditional British culture, but liberalism as well. The members’ hour also covers voting patterns among immigrants, individualism, and solutions to the West’s crisis.

The Fall of Western Man 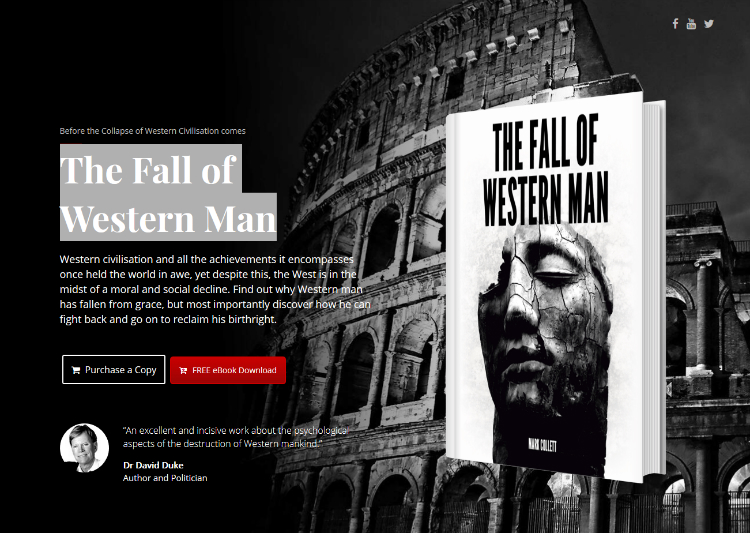