The Masks of Christ, John The Baptist, The Stargate Conspiracy & New Age Religion

Jul 13, 2008
Before their serendipitous first encounter in 1989 on a doorstep in Swiss Cottage, north London, Lynn, originally from the city of York, was a journalist, editor of books and several major partworks (she was deputy editor of the seminal 1980s publication The Unexplained), broadcaster and television presenter. Clive, a Londoner, had worked for several years as a systems analyst for a major national charity. However, after meeting they abandoned their 'proper' jobs to concentrate full-time on research into religious and historical mysteries, which became a successful and enduring joint career in authorship. For the first hour, Lynn and Clive discuss their book "The Masks of Christ: Behind the Lies and Cover-ups About the Man Believed to Be God". We address the cover-ups surrounding Jesus and touch upon the historical evidence. Then, we talk about John the Baptist and the roots of Christianity. During the members interview, we change gear and discuss Lynn & Clive's book "The Stargate Conspiracy". This is a fascinating story that connects Egyptology, remote viewing, Freemasonry, NASA, Uri Geller, Andrija Puharich, Edgar Cayce, A.R.E., SRI, UFOlogy and Project Blue Beam. We also discuss the Stargate Project and how the gods of the ancient world (the Ennead) connect with the creation of a New Age religion. More Topics Discussed: the intelligence and defense industry, E.T., Round Table Foundation, Dr. Zahi Hawass, Association for Research and Enlightenment, Edgar Cayce, cults, heaven's gate, millennium frenzy and the "new frenzy" around 2012, apocalyptic desires and expectations, psychological experimentation, The Council of Nine and much more.

The Rise of the Rough Beast

The Masks of Christ

War of the Windsors 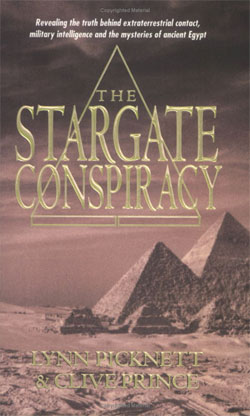