The Missing Years of Jesus & The Dark Side of Stonehenge

Oct 25, 2009
Dennis Price began working in archaeology in the early 1970s and is now regarded as an expert on Stonehenge and the many strange stories associated with the ruins. An unusual line in a poem by William Blake was the catalyst for a four-year investigation into the possibility that Jesus himself had once visited this site. The original evidence he unearthed from a fresh examination of these sites and from a close study of contemporary accounts written in Latin, Greek, Aramaic and Phoenician astonished him, and led directly to the writing of his book. An archaeologist, writer and performer, he is an expert on Stonehenge, with a particular interest in the ancient myths, legends and historical accounts of these enigmatic ruins. Dennis Price joins us to talk about his book "The Missing Years of Jesus" and his research on Stonehenge in England. Topics Discussed: 18 years missing in Jesus’ life, William Blake, Jerusalem, red dragon, external biblical sources, stone of destiny, Jeremiah, Joseph of Arimathea, no account of miracles, the tomb of Jesus, Septuagint, the map of west of England, tin trade, Phoenicians, Hiram of Tire, 'Barat-Anac', country of Tin, reasons for Jesus to go to the British Isles, a "missing person" investigation, the Celts, Druids, is Jesus the son of God or just a man?, Isus, techton, Jesus not existing, Eisu, coins with the name Eisu, tunic crosses, pillar of the sailors, the Romans, Ralph Ellis, Jesus in India and Tibet, why did Jesus return to Galilee?, Jesus and women, Glastonbury Thorn and more. Join us in our members area to hear more interesting information about Stonehenge. We’ll focus on more alternative and dark theories about this megalithic site. We discuss the original builders. The site seems to have been inactive at different times but activity is recorded at the site as late as 1600 – 1700. Then, Dennis talks about the related sites around the area such as "Blue Stonehenge" and "Devils Batch". Dennis also talks about the "Satanic Mills" reference from William Blake. Blake implies that a visit of Jesus would briefly create heaven in England, in contrast to the "dark Satanic Mills". Some have argued that the Blake used the latter phrase to refer to churches, megaliths or a more abstract concept. Later, we talk about the dead animals that are found in and around the site. People are also found dead around Stonehenge and many of those are killed on the roads nearby. Why? We talk about the potential satanic rituals in connection to Stonehenge and the "aura of the devil". Then, we talk about the Stonehenge Riverside Project and their findings about the site being an old burial ground. Is the place haunted or a vortex? Also, it seems that the stones in Stonehenge draw down starlight. Is Stonehenge, just as the pyramids and other sites around the world, used for the transportation of the soul to the stars? Lastly, Dennis talks about the new discovery on the stones, small little carvings, like the Mycenaean axe.

The Missing Years of Jesus - by Dennis Price - Book Review

The Sailors' Pillar of Notre-Dame

The Missing Years of Jesus 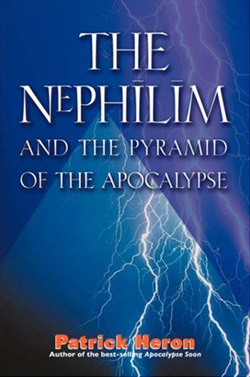