The Dark Side of Reproductive Technologies & Quest for Aryan Genetics

Aug 8, 2014
Jeanice Barcelo is a birth activist and whistleblower. She is an outspoken voice in the movement to expose the violence of hospital birth and to get birth out of the hospitals and back into the home. Through her radio and television shows, and in her forthcoming book series, she speaks out about the horrors of technologically-managed pregnancy and childbirth. Jeanice has spent the last 15 years uncovering the long-term and inter-generational impact of primal trauma on the human body, mind, spirit system. She returns to discuss the dark side of the baby making industry, who controls it and whose genetics are being sought after. From masturbatoriums, to fertility drugs and intended parents shopping for sperm and eggs, what kind of children are we creating? We’ll talk about infertility in western nations and how it is reversible. Jeanice also comments on reasons for the low White birth rates. She’ll read some chilling quotes from Abe Foxman and Rabbi Finkelstein regarding the destruction of Aryan children and the push for interracial marriages for Whites. We’ll talk about reproductive technologies in Israel that allow the use of eggs from aborted babies and postmortem sperm recovery. Meanwhile, a high price is paid for sperm from blonde, blue-eyed American men, which is going around the globe including to third world nations, to try to create light-skinned blonde kids. One of those countries receiving Aryan sperm and eggs is Israel. Why are they seeking the Nordic gene? In the member’s hour, Jeanice speaks on the spiritual war on the pristine human. We’ll also talk about how indeed it is Jews that have been the ones seeking the master race. Also, we discuss the Jewish circumcision ritual known as metzitzah b'peh that involves a mohel using his mouth to remove blood from the recently-cut penis. Infants have died from this ritual. Later on, we’ll talk about male/female relationships, parenting and more. 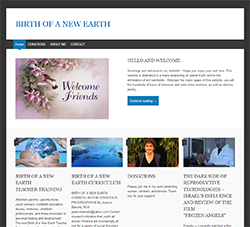