The Moral Individual vs Acting As One

This show is guest hosted by James Bowery. James is an American IT pioneer who descends from Scotch-Irish ancestry, with the patriline geographically concentrated in Groningen, Netherlands. He is the architect of Sorotocracy.org

Kevin MacDonald and James Bowery discuss the dilemma of individualism in white identity. The white predisposition toward respect of the individual and fairness guarantee defeat if extended into war. White identitarians, recognizing the war being waged against whites, are denouncing individualism for this reason. Among the most dedicated adversaries of white identity are many whites who wield weapons of moral rhetoric forged in the Jewish intellectual movements MacDonald describes in "The Culture of Critique". Proclaiming the "individual" as preeminent these intellectual movements simultaneously, proclaim the interests of "protected groups" exempt from individualism. Bowery argues this moral rhetoric is, in effect, an ethno-specific biological weapon targeting an essential racial character of whites: A sense of fairness toward individuals. MacDonald focuses on indoctrination of such moral rhetoric as decisive but concurs there may very well be a heritable component that is characteristic of whites. Bowery poses the riddle of white military superiority throughout much of history as contrasted against white impotence against these ethno-specific bio-weapons of moral rhetoric. 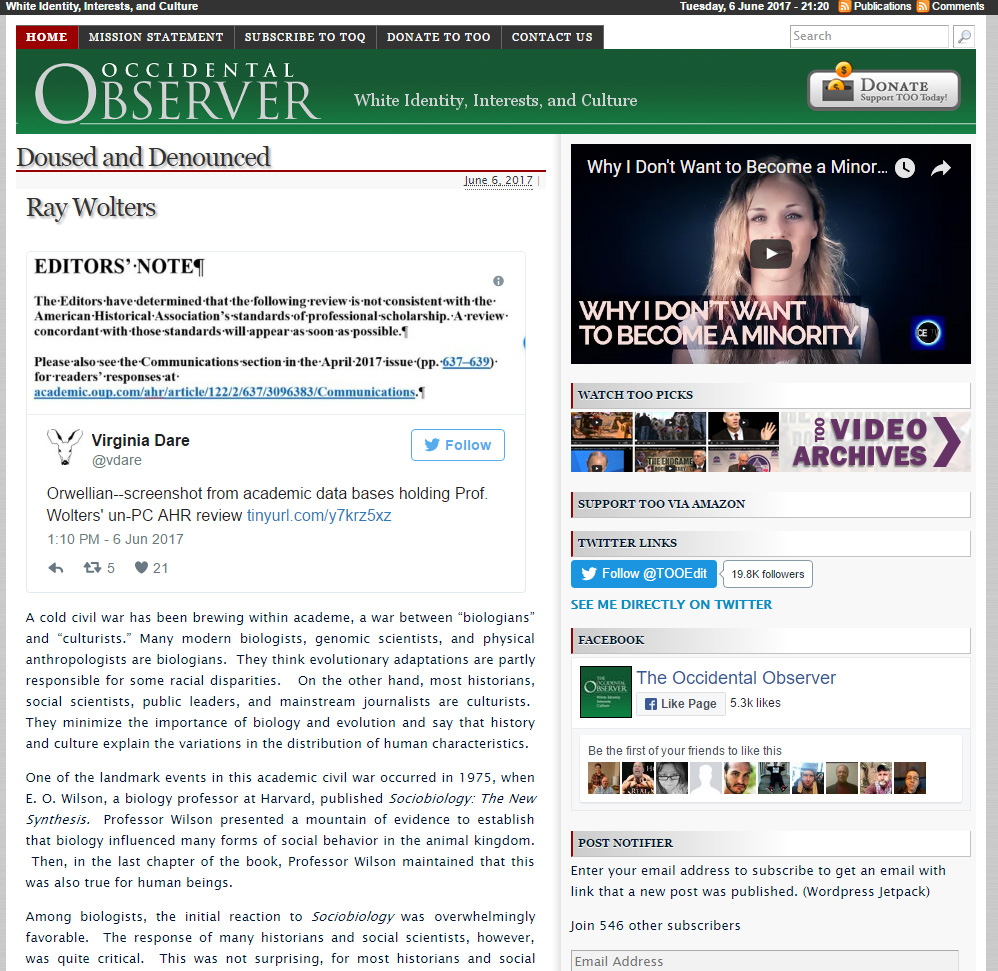